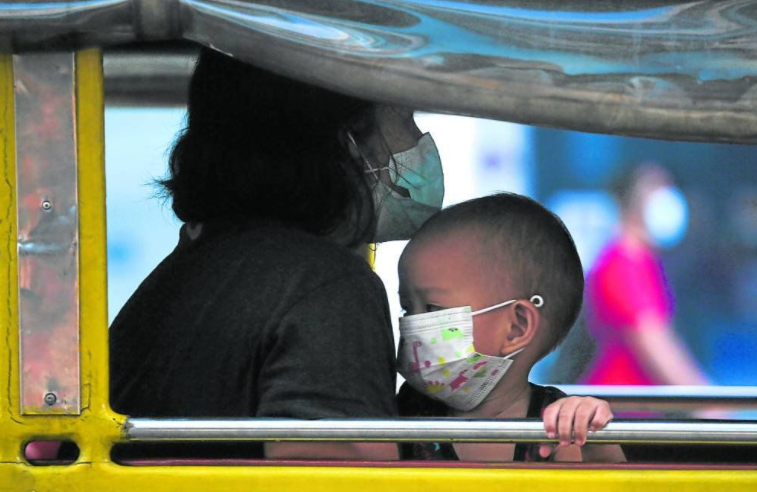 MANILA (Philippine Daily Inquirer/Asia News Network): Metro Manila, also known as the National Capital Region (NCR), has remained at a “very low risk” classification for Covid-19 as the average number of infections stood at 91 cases a day from Dec 6 to Dec 12, according to the independent OCTA Research group.

This was lower than the 105 daily infections reported last week.

“The seven-day average in the NCR decreased to less than 100 for the first time since March 22-28, 2020,” OCTA fellow Dr. Guido David said in a post on Twitter.

In its latest report, OCTA noted that the average daily attack rate (Adar) declined to less than 1, at 0.64 a day per 100,000 population.

Health authorities measure Covid-19 risk by determining the Adar, or the number of individuals found infected with the coronavirus for every 100,000 people.

The reproduction number, or the number of people that a positive Covid-19 person can infect, was also very low at 0.39, although higher than the previously reported 0.34.

Metro Manila, OCTA also noted, has a positivity rate of 0.9 per cent, which is well within the World Health Organization’s (WHO) positivity target rate of below 5 per cent.

Meanwhile, Quezon City and the cities of Muntinlupa, Malabon and Makati were classified as low risk “due to hospitalisation.”

There were 519 people who recovered from the respiratory illness, bringing total recoveries to 2,775,379.

Citing the test results of 35,811 people last Saturday, the DOH said the country’s Covid-19 positivity rate was at 1.1 per cent.

The DOH also reported in its Dec. 13 bulletin that 23 percent of intensive care unit (ICU) beds and 13 percent of mechanical ventilators across the country were in use.

Meanwhile, the WHO warned that although initial data showed that the Omicron variant causes mild symptoms, it could still lead to death among the elderly and immunocompromised individuals.

“Even if it overall causes mild disease in those vulnerable groups, it could cause severe, moderate-severe and even death,” WHO country representative Dr Rabindra Abeyasinghe said in an interview on CNN Philippines.

“And so we need to be careful in our assessment of saying it doesn’t cause severe disease because it has severe outcomes in some immunocompromised and elderly individuals,” he added.

He stressed that there was still a lot to know about Omicron, which is now present in 57 countries.

In Congress, House Speaker Lord Allan Velasco said on Monday that the private sector should now be allowed to directly purchase COVID-19 vaccines from manufacturers to ensure the steady supply of life-saving jabs.

He said the government could start by reviewing and revising the policy on COVID-19 vaccine procurement in order to allow the private sector to buy directly from manufacturers.

Velasco said this would “relieve pressure on government resources considering that vaccine procurement and administration entails a lot of logistical challenges.”

“By granting the private sector greater participation in the vaccination campaign, the government can focus its resources on the inoculation of front-liners, uniformed personnel and vulnerable sectors,” he said.

Velasco said the private sector’s high level of efficiency would boost the government’s efforts in the rapid and efficient administration of available vaccines.