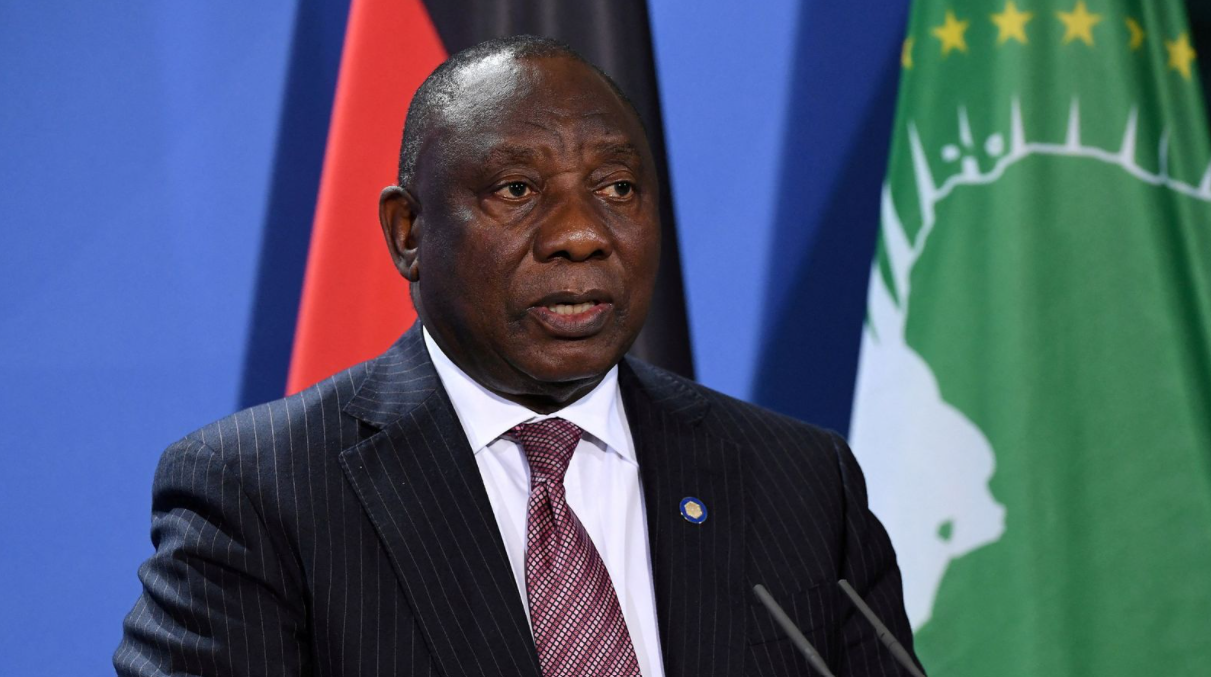 South African President Cyril Ramaphosa has tested positive for coronavirus amid the growing prevalence of the Omicron variant in the country.

It is not yet known if the 69-year-old is carrying the Omicron variant, which is believed to make up more than 70% of cases in the nation.

Mr Ramaphosa, who is fully vaccinated, took a COVID-19 test on Sunday after he started feeling unwell and is now self-isolating in Cape Town.

He has delegated his responsibilities to Deputy President David Mabuza for the next week.

President Ramaphosa said his own infection serves as a caution to all people in the country to be vaccinated and remain vigilant against exposure, the statement said.

Some of his delegation tested positive in Nigeria and returned directly to South Africa, but Mr Ramaphosa tested negative throughout the rest of the trip, according to his office.

Sky News’ Africa correspondent, John Sparks said: “President Ramaphosa is said to be in good spirits this morning down in Cape Town, his symptoms are not too bad we are told.

“He was delivering a eulogy yesterday at the memorial service for the last president of the apartheid area FW de Klerk and word started to filter out that he wasn’t feeling that great.

“He went and got a test, tested positive and he has been put into self-isolation in Cape Town. He has handed over the reins of power to his deputy and they released a statement asking South Africans to go out and get a vaccination.”

Infections began rising steeply in early November after a period of low transmission when they were only about 200 per day.

The Omicron variant, which has more than 50 mutations, was detected there on 25 November.

While it appears to be highly transmissible, doctors have said most of the cases have been relatively mild and the percentage of severe cases needing oxygen have been low.

Only about 30% of those hospitalised with COVID-19 in South Africa have been seriously ill, compared with two thirds in the early stages of the previous two waves, according to a study by South Africa’s National Institute for Communicable Diseases.

Average hospital stays for COVID-19 have also been shorter this time – about 2.8 days compared with eight days.