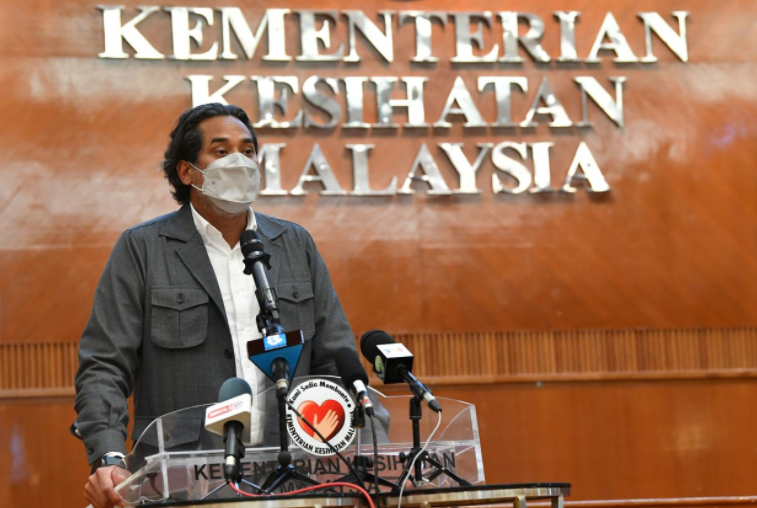 KUALA LUMPUR: The government has yet to decide on whether to make Covid-19 booster shots a condition for individuals to be considered fully vaccinated, says Khairy Jamaluddin.

The Health Minister said the Health Ministry was currently conducting a study based on the experience of other countries which had made booster shots a condition for complete vaccination.

“Our experts are also looking into the effectiveness (of booster shots) and they will make recommendations to the Covid-19 Immunisation Task Force – Booster (CITF-B).

“If we find that the number of cases, hospitalisation rate and deaths are increasing due to the people’s reluctance to receive booster doses, and it becomes an international norm to require both the primer series and booster shots to be considered full vaccinated, then we will make a similar decision…but (as for now) we haven’t,” he said when interviewed on Astro Awani’s Agenda Awani programme on Sunday (Nov 28) night.

Khairy said currently, the government still recognised as fully-vaccinated individuals those who have received two doses of the AstraZeneca, Sinovac and Pfizer vaccine and with no health problems.

However, Khairy stressed that Malaysia could face a new wave of Covid-19 infections if the administration of booster doses was not accelerated.

“If the coverage for booster doses is not as high as that of the first and second doses, the number of cases, hospitalisation rate and deaths will increase,” he said.

He pointed out that Israel had faced a third wave of Covid-19 despite having completed its vaccinations in a short period of time.

“Israel may be the fastest in terms of completing their vaccination process and the number of cases and fatalities also declined after that, which shows the effectiveness of vaccination.

“However, after looking at the fact that there was a group that did not take the vaccine, coupled with a decline in vaccine efficacy, which led to the third wave, they (Israel) accelerated the administration of booster doses and today, the number of cases has declined again. They have become a ‘leading indicator’ of what we need to do in Malaysia,” he said.

Meanwhile, Khairy also said that after more than 1.7 million Pfizer booster doses were administered in this country, most of the side effects reported were mild side effects such as sore arms and fevers.

“Of the total (1.7 million doses), only 11 cases experienced serious side effects such as allergies but it has not resulted in serious hospital admissions so far,” he said.

Khairy said the government’s strategy to improve the booster dose uptake rate was to educate and provide information to the people first, before moving to a more aggressive strategy. – Bernama