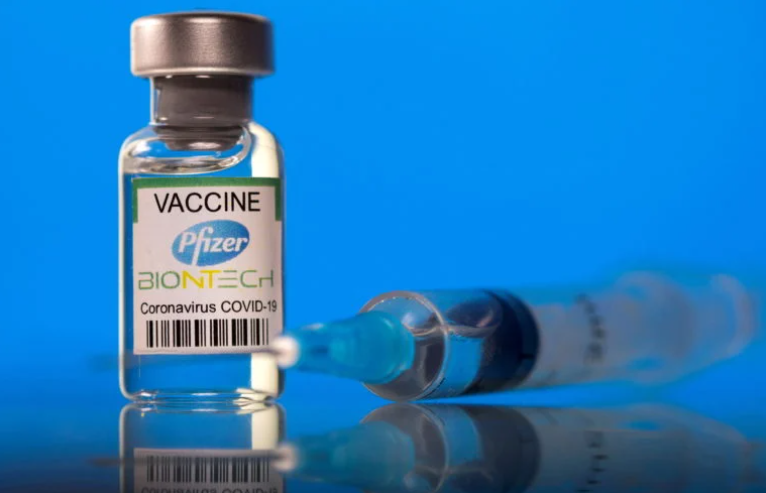 FRANKFURT — BioNTech SE said it expected more data on a worrying new coronavirus variant detected in South Africa within two weeks to help determine whether its vaccine produced with partner Pfizer Inc. would have to be reworked.

Pfizer and BioNTech on Friday said that if necessary they expected to be able to ship a new vaccine tailored to the emerging variant in approximately 100 days.

understand the concern of experts and have immediately initiated investigations on variant B.1.1.529,” BioNTech said in a statement when asked to comment.

“We expect more data from the laboratory tests in two weeks at the latest. These data will provide more information about whether B.1.1.529 could be an escape variant that may require an adjustment of our vaccine if the variant spreads globally,” it added.

Escape variants are those that elude the targeted immune response brought about by vaccination. Pfizer and BioNTech would be able to redesign their shot within six weeks and ship initial batches within 100 days, BioNTech added.

The US pharmaceutical company Moderna on Friday said it would also develop a booster shot against the new variant of the coronavirus, which was called Omicron and a variant of concern (VOC) by the World Health Organization (WHO).

It is one of three strategies the company is working to address the new threat, including a higher dose of its existing vaccine, Moderna said.

“A booster dose of an authorized vaccine represents the only currently available strategy for boosting waning immunity,” it said in the statement.

“The mutations in the Omicron variant are concerning and for several days, we have been moving as fast as possible to execute our strategy to address this variant,” said Moderna CEO Stéphane Bancel.

Global authorities reacted with alarm on Friday to the new variant, with the European Union and Britain among those tightening border controls as scientists sought to find out if the mutation was vaccine-resistant.

The Omicron variant was first reported to the WHO from South Africa on Nov. 24.

In a report on Friday, the WHO said “infections have increased steeply [in South Africa], coinciding with the detection” of the variant.

The first known confirmed B.1.1.529 infection was from a specimen collected on Nov. 9, it said.

“This variant has a large number of mutations, some of which are concerning,” the WHO report said. “Preliminary evidence suggests an increased risk of reinfection with this variant, as compared to other VOCs. “The number of cases of this variant appears to be increasing in almost all provinces in South Africa.”

Pfizer and BioNTech have already created versions of their established mRNA-based vaccine—based on the original virus found in the Chinese city of Wuhan—to target the so-called Alpha and Delta variants, with clinical trials ongoing.

Those efforts are not meant to yield commercial products; the exercise is carried out to establish a routine with regulators that will help speed up any future vaccine relaunch.

Analysts at Evercore ISI said data from Qatar on another recent variant showed a high level of initial efficacy by current vaccines that faded significantly four months after dosing.

Johnson & Johnson said it is also closely monitoring emerging strains of COVID-19 and is testing the effectiveness of its shot against the new variant.