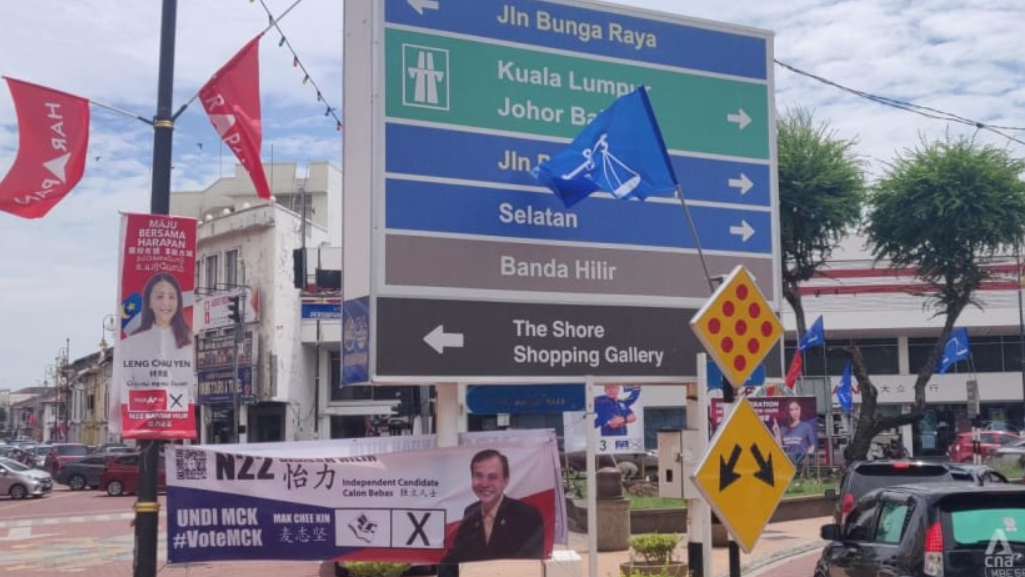 MELAKA: Mr Neo Wee Liam, 38, is looking forward to his trip back home to vote in the upcoming Melaka state election this weekend.

The senior sales executive told CNA that within his circle of friends who are from Melaka but are based in the Klang Valley, he is the exception rather than the norm. Many are worried about the pandemic situation and might not return home, he said.

“They feel it is pointless and the pandemic makes it dangerous, and so the risk is not worth it. Only a handful are considering it,” Mr Neo said.

“But I feel that every Malaysian has the right to cast their vote, and it’s a duty to do so,” he added.

Mr Neo said the high vaccination rate and health protocols have helped to provide some sense of security.

He added that he and his young family would have to constantly stay vigilant during their trip to Melaka and make sure they follow safety measures such as masks, social distancing and hand-sanitising fastidiously.

He is not alone in espousing this view. In the lead up to polling day on Nov 20, voters living in and out of the state who were interviewed by CNA expressed concerns about the health protocols and whether holding an electoral contest might lead to a spike in the caseload.

After the Sabah state elections in September last year, Malaysia saw a spike in the COVID-19 caseload that led to various lockdowns in the country. Although the authorities have imposed strict health protocols this time round, including barring political rallies and walkabouts, there are still worries on the ground that the Melaka polls might spark another wave of infections.