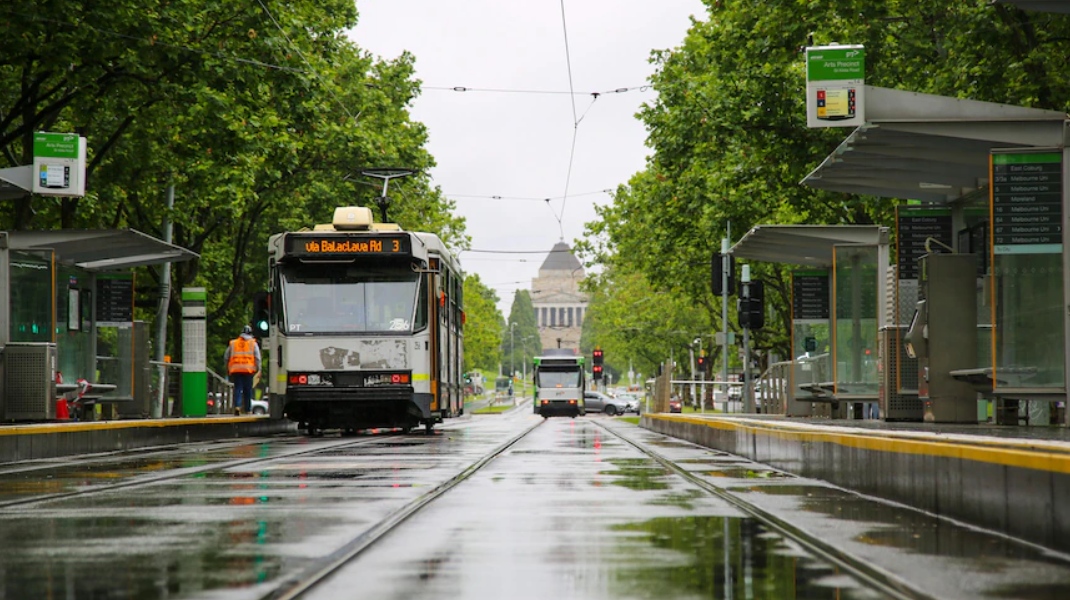 Today’s daily case count is the lowest recorded in Victoria since September 26, when the state recorded 845 cases.

The seven-day average for daily cases is now 1,069, and has been dropping in the past few days after peaking at near 2,000 in mid-October.

There are now 17,518 active cases of the virus in Victoria, and 416 people have died in the state during the current Delta outbreak.

There are 378 people in hospital with the virus, of whom 78 are in intensive care and 48 are on a ventilator.

The health department said a further 71 people are in intensive care, but their COVID-19 infections are no longer considered active.

The new cases were detected from 48,104 test results received yesterday.

There were 5,030 doses of vaccine administered at state-run sites yesterday, as well as more vaccinations at GP clinics and other venues.

The Andrews government’s pandemic bill is due to be debated in state parliament’s upper house this week, with several amendments reportedly being considered.

Greens MP Tim Read said there was “room for improvement” in the bill, and he believed the government was moving to address some of the concerns about the legislation.

“The bill will never be perfect, it does have flaws, some of those flaws it sounds like are going to be fixed with amendments this week and that’s fantastic,” he told ABC Radio Melbourne.

Mr Read said there was a danger if the bill wasn’t passed this week that emergency powers due to expire in a month would be extended.

Victoria’s Equal Opportunities and Human Rights Commissioner Ro Allen said they broadly supported the bill, but had concerns that elements ignored the charter of human rights.

“It’s just not specific and you want a bill to be there for a long time and be really clear in black and white that the minister has to be accountable to the charter,” they said.

The commissioner said they had concerns around a section of the bill that would allow the government to make pandemic rules that target specific groups based on factors like age or gender.

“The unavoidable consequences of things being done quickly is that you can misinterpret these things and it could be used differently down the track,” they said.

Victoria’s Chief Health Officer has written an article in a medical journal in which he criticises the national COVID-19 roadmap.

Writing in the Medical Journal of Australia, Brett Sutton questioned why there was no recovery phase in the roadmap agreed on by National Cabinet.

“It [is] as if we could all soon heave a sigh of relief and simply move on,” he wrote.

Professor Sutton argued a recovery phase would help address the economic and mental health impacts of the pandemic.

“The recovery phase needs to rebuild community and system resilience and redress disadvantage exacerbated by COVID-19,” he said.

“Planning for workforce responses, especially preparing for burnout and the needs of staff for time out to recover, will be crucial.

Professor Sutton also warned there would be long-term challenges for the health sector due to mental health issues, the deferment of elective surgeries, and the impact of long COVID.

“Decision makers in health systems will need to spend early 2022 assessing and developing strategies in response to these problems, and this situation will be more confronting if new vaccine-resistant virus variants emerge,” Professor Sutton wrote.

Rapid antigen tests have been introduced at Victorian kindergartens and long-daycare centres from today.

The Victorian government said it would reduce both quarantine time and pressure on families who are identified as primary close contacts, while ensuring early childhood settings are as low-risk as possible.