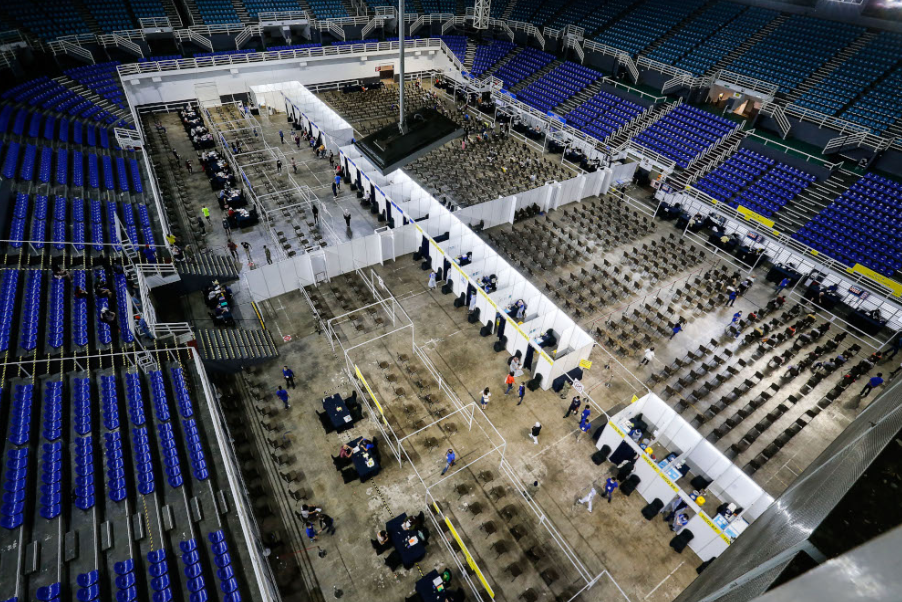 GEORGE TOWN, Oct 31 — While the frontliners in the Penang mega vaccination centre (PPV) donned their face masks, their smiles and joy could be felt as they celebrated the closure of the PPV at Setia Spice Arena here today.

Penang Chief Minister Chow Kon Yeow, who officiated the closure of the mega PPV, announced that 100 per cent of Penang’s adult population had already received their second Covid-19 vaccine shot.

“I would like to take this opportunity to express my gratitude to everyone’s commitment here in ensuring the safety and security of the state and our people,” he said in his speech.

Frontliners and volunteers from various departments cherished moments and reminisced their services in at the mega PPV for the past 147 days.

Among them was Major Mohd Kalimi Idris from the Malaysian Armed Forces (ATM), who said that every frontliner there had great camaraderie and been working well with one another as if they were all brothers in arms.

He said that most of his team are happy and celebrating the friendships they made along the way, while others were having mixed emotions knowing that they may not get to meet each other as often.

“Overall, I personally feel happy that the PPV was run pretty successfully and I am glad to play a role that makes Penang a safer place to be,” he told Bernama.

Khaw, who self-volunteered as a vaccinator since the beginning of the Setia Spice PPV centre, said that she got along well with the vaccinators much younger than her.

“I am really grateful to work alongside each and every frontliner here, as well as the vaccinees who have been fully cooperative with us,” she said, adding that she would return to her daily routine after this. — Bernama