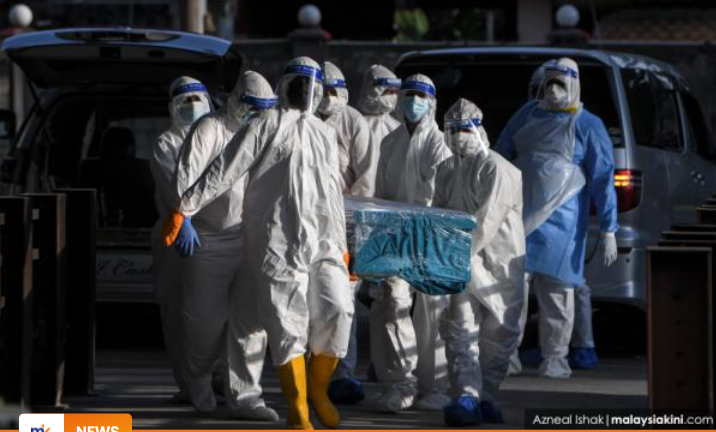 Malaysia is the four worst-performing country in East Asia in the number of Covid-19 deaths per capita.

From the newly reported deaths yesterday, 23.8 percent or 20 died before they could receive treatment at a hospital.

Sarawak recorded the highest number of new deaths at 19, making up 22.6 percent of the newly reported fatalities.

No new deaths were reported in Negeri Sembilan, Perlis, Labuan and Putrajaya.

A total of 67 out of the 84 reported deaths or 79.8 percent happened in the last seven days.

The remaining deaths happened more than a week ago but were only recorded yesterday due to delays in data reporting.

An average of 105 Covid-19 deaths were reported daily in the last 30 days compared to the seven-day average of 73, indicating a downtrend.

From the 5,726 new cases yesterday, a total of 210 of them could be traced to ongoing Covid-19 clusters.

Another 15 (7.1 percent) were from clusters linked to community transmissions.

The remaining cases were traced to clusters related to and high-risk groups such as old folks homes.

Previously, the Health Ministry released deaths statistics together with the number of new Covid-19 cases in the evening. This had since changed.

Deaths statistics are now released after midnight along with other more detailed data. Malaysiakini reports them in the morning.