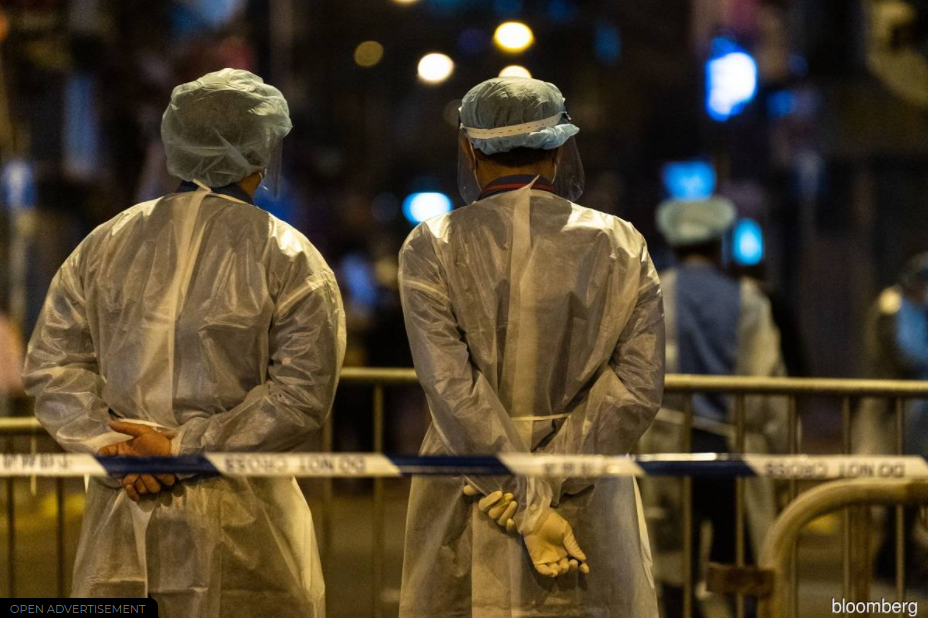 HONG KONG (Oct 26): Hong Kong’s government said it will stick to its “zero infection” strategy on Covid-19, rebuffing a plea from global banks for the city to ease its strict quarantine policy and set a clearer time-line for a return to normal or risk its status as a centre for international business.

In a statement issued to Bloomberg News in response to calls from the city’s top bank lobbying group for a change of course, a government spokesperson reiterated that the top priority remains reopening travel to the Chinese mainland, saying that other places that have adjusted their strategies to co-exist with the virus have seen increases in infections, hospitalisations and deaths.

“The Government will continue to strive to reach ‘zero infection’ and sustain the various stringent and necessary anti-epidemic measures,” the spokesperson said in a statement issued by the Financial Services and the Treasury Bureau.

The Asia Securities Industry & Financial Markets Association over the weekend issued its most public warning yet over the city’s strategy. The group said in a letter to Financial Secretary Paul Chan that the hard-line approach has put Hong Kong’s status as a financial center, its broader economic recovery and competitiveness at risk. A survey by the group found that almost half of global banks and asset managers are now considering moving staff and functions out of the financial hub.

The government said its strategy is working. The city has basically reached “zero infection” and the economy is showing “encouraging” signs of a recovery, it said. Hong Kong also continues to top the “normalcy index” compiled by international media, according to the statement. Other financial hubs, such as Singapore, London and New York, are starting to get back to normal, easing travel rules while seeking to co-exist with the virus. Hong Kong has some of the world’s strictest quarantine policies, placing incoming travelers in quarantine for as long as three weeks, a strategy that has been largely successful in keeping local infections at close to zero.

The inability to travel between Hong Kong and the mainland has had “great impact” on residents on both sides, it said, adding that some have also been separated from family members for a long time.

Chief Executive Carrie Lam on Tuesday said that the city will soon announce arrangements to remove exemptions that allow some people to skip mandatory hotel quarantine stays of as long as 21 days to improve the chance that China will allow easier cross-border travel.

In its letter, the association called for a phasing out of quarantine rules, easing restrictions on travel along key corridors to the US, Europe and UK, where many multinational headquarters are located. It also urged the city to set a clear time line for opening and to detail interim goals and objectives.

The government didn’t specifically address the various proposals but Lam’s go-to defense recently about concerns from the foreign community has been to cite a government survey showing that the number of overseas and mainland China firms operating in Hong Kong climbed to a record in 2021. However, that’s because of an increase in Chinese firms.

“The Government is aware of the views from the financial industry on the government’s anti-epidemic measures,” the spokesperson said. “The Financial Services and the Treasury Bureau will maintain liaison with them as always to understand their difficulties and concerns.”