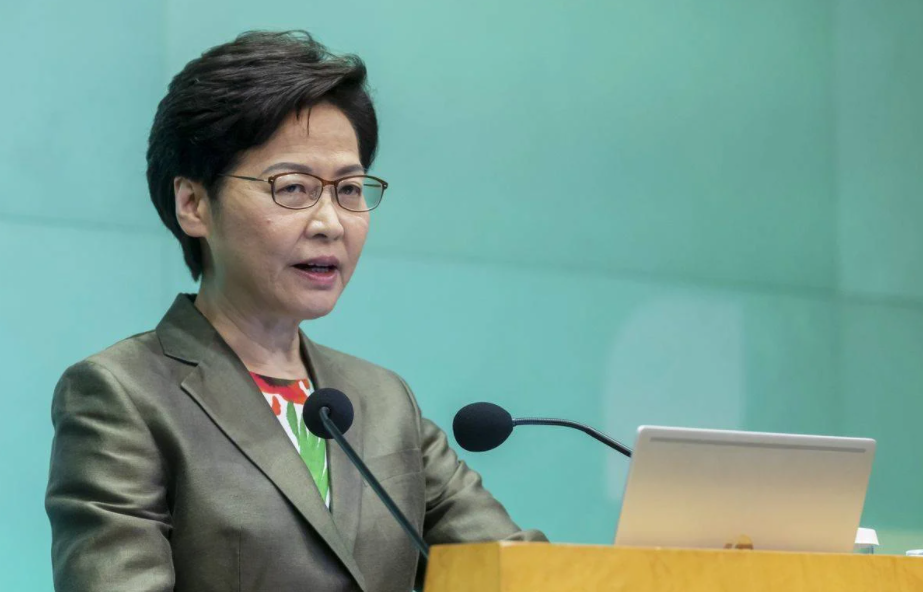 In an interview with Bloomberg Television on Monday, Lam stressed that even a single fatality from Covid-19 “will cause a major concern in society” while saying she was “duty bound to protect my people.” Mainland Chinese officials want Hong Kong to more closely follow their own strict approach to stamping out the virus locally to prevent the city from becoming a “weak link” for Covid-19 infections, she said.

“Of course, I am concerned and we are working very hard to resume normal travel in a gradual and orderly manner, both with the mainland of China and with overseas places,” Lam said, adding that most companies were in Hong Kong to access the mainland. The city has recorded about 30 Covid-19 deaths this year, with the last occurring on Sept. 13.

Lam’s government has implemented a strict “Covid Zero” policy in order to reopen the border with China, which has asserted its control over the former British colony since mass protests in 2019. That approach, which doesn’t tolerate any local infections, has increasingly strained the city’s longstanding reputation as a regional hub and an economic and financial gateway to China.

Lam said Monday that Hong Kong and mainland officials had “a very good and positive meeting” on reopening the border, although she provided few details on when or how that could happen. “We have agreed a set of parameters based on which we can move on to the next stage of discussing how we could gradually resume,” she said, adding that achieving a “very high vaccination rate” was one such condition. “Right now, we are still not up to 70%, so we have to do much better.”

In Singapore, Asia’s other main financial hub, Prime Minister Lee Hsien Loong said in a televised address over the weekend that the nation can’t stay “locked down and closed off indefinitely.” The island city recently added more countries, including the US, the U.K., France and Italy, to a list of places fully vaccinated people can travel quarantine-free starting as early as Oct. 19, after kicking off a similar arrangement with Germany and Brunei last month.

Hong Kong has gone in the opposite direction despite having barely any local coronavirus cases in recent months, tightening restrictions further and making little progress on plans to establish a travel bubble with Singapore. That has fueled growing frustration among foreign business chambers and residents about the city’s refusal to relax border curbs that require returning travelers to spend as long as 21 days in a mandatory hotel quarantine even if they are fully vaccinated.

As other global cities such as New York and London open up, mainland officials still haven’t provided Hong Kong with any clear metrics or benchmarks that could see travel restrictions eased. One of Lam’s advisers recently told Bloomberg that the city’s “hands are tied.”

Lam last week delivered what she said “may be” her last annual policy address after a tumultuous term that saw disruptive anti-government protests, a national security law met by widespread international criticism and the Covid-19 pandemic, which worsened a recession and led to unprecedented border controls in the top Asian financial hub. She hasn’t said whether she will seek a second five-year term.

“From the mainland perspective, the practices adopted in Hong Kong should be as aligned as possible with the mainland practices, but they’ve also accepted that we are operating under very different regime,” she said. “The discussions between the two sides are meant to find a way forward that, respecting the differences in the systems between the two places, that there could be assurance that we will not be sort of the weak link in terms of Covid-19 control.”