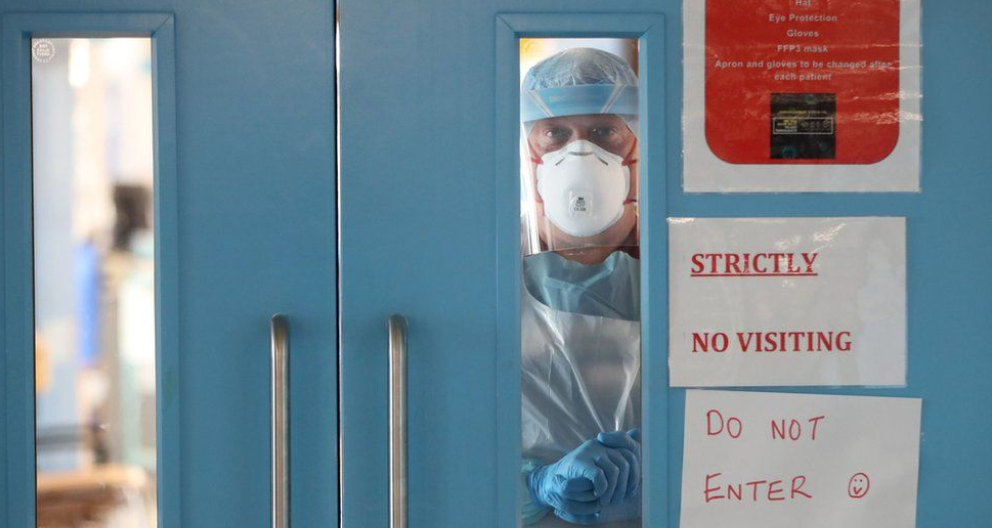 First Minister Paul Givan has said he hopes Northern Ireland’s government will not have to deploy contingency coronavirus plans to help manage health pressures this winter.

The executive will meet on Thursday to look at the remaining Covid-19 rules.

Those include social distancing in hospitality venues and mandatory wearing of face coverings.

Mr Givan said he hoped there would be the “headspace” to approve more relaxations.

The executive previously agreed that decisions taken at its meeting on 7 October will take effect on 14 October.

The first minister said officials were continuing to monitor rates of transmission, and that there had been a “marked decrease” in the number of hospital admissions.

“In that context I would hope we can take further steps forward,” he said.

Vaccine passports on the table

“We’ll then look to contingency plans should it become necessary – but I hope it isn’t.

“I believe people in our society have the power to take sensible decisions, take their own personal responsibility seriously – all of that will help us avoid having to ever deploy a contingency plan over that winter period.

“But it is prudent that the executive makes plans for that and has tools at its disposal, should it be required.”

The issue of so-called vaccine passports is also likely to be raised again at Thursday’s meeting.

Last week, Health Minister Robin Swann warned that a delay by the executive in agreeing a vaccine passport policy had limited options for easing more restrictions.