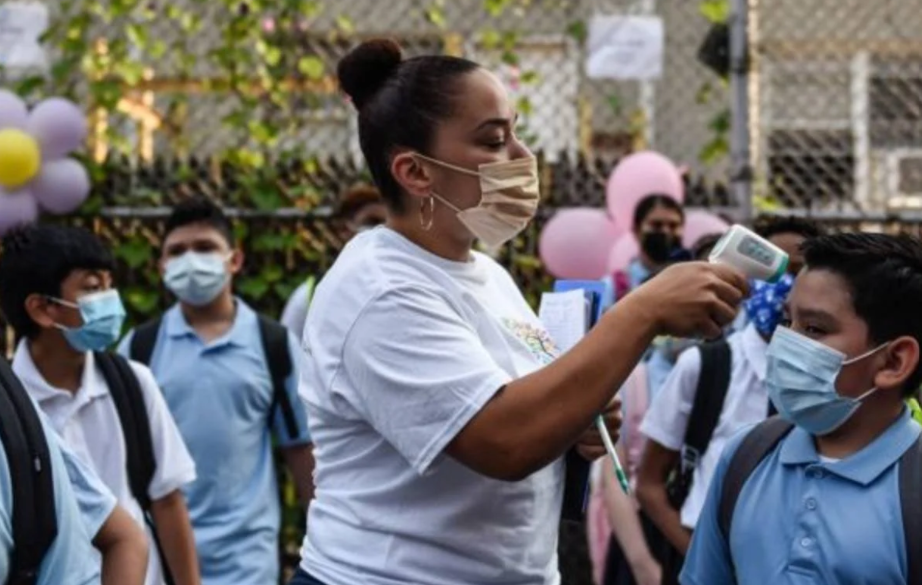 (Sept 28): New York City may begin to bar thousands of unvaccinated school personnel from their jobs after a three-judge federal appellate court panel lifted a temporary injunction preventing such a move.

The court issued the surprise ruling Monday evening but gave no reasons for the decision, other than saying the injunction that had been entered Friday was “for administrative purposes.”

The practical effect is that the largest school district in the U.S. may now insist that all school employees and contractors be vaccinated. The mandate will go into effect Friday at day’s end, said Department of Education spokesperson Danielle Filson. That would give principals and administrators the weekend, until Oct. 4 to find fill-ins for missing personnel.

“This ruling is on the right side of the law and will protect our students and staff,” Filson said. “By Monday, Oct. 4 one hundred percent of educators and staff in our buildings will be vaccinated.”

According to the department, 87% of its total workforce is now vaccinated, including 91% of teachers and 97% of principals.

In their court challenge, some public school teachers and aides claimed the requirement violates their right to pursue their profession and discriminates against them, favoring those not subject to the rule. The city argued that an injunction wasn’t necessary because it could always be ordered to pay the vaccine-resistant workers in the unlikely event that they won in court. Public health interests required the rule, the city’s lawyers said.

The underlying legal and constitutional challenges to the city policy are yet to be heard, but no such hearing on those issues is scheduled, said Nick Paolucci, a spokesman for the city Law Department. Monday’s decision sets into motion the prospect of thousands of unvaccinated educators and school support workers turned away when they show up to work.

“The city has a lot of work before it to ensure that enough vaccinated staff will be available by the new deadline,” said Michael Mulgrew, president of the United Federation of Teachers. “We will be working with our members to ensure, as far as possible, that our schools can open safely as the vaccine mandate is enforced.”

The city is also facing a legal challenge on other vaccine mandates, providing a preview for school districts, hospitals and other employers around the U.S. as they move to impose vaccine requirements on workers and customers.

In addition to the teachers’ case, a federal judge in Brooklyn said Monday he may rule next week on a lawsuit brought by owners of gyms, restaurants and other businesses challenging the city’s vaccine requirement for indoor activities.

In a separate case, a three-judge federal court panel is set to consider whether to delay a vaccine mandate affecting health-care workers statewide that doesn’t provide an exemption for religious grounds. The plaintiffs are nurses who oppose abortion and say they won’t get the shot because the vaccines were tested or manufactured using cell lines from fetuses aborted in the 1970s and 1980s.

Hospitals have been bracing for potential staff shortages as a Sept. 27 statewide vaccine mandate takes effect and hospitals face another wave of coronavirus cases. Over the weekend, Governor Kathy Hochul released a contingency plan to deal with understaffed health-care facilities, including the possibility of declaring a state of emergency and deploying the National Guard and medical professionals from other states and countries. As of last week, 84% of hospital employees and 77% of nursing home workers in New York state were vaccinated, she said.

In New York City, about 5,000 public hospital workers were still unvaccinated and would go without pay if they don’t get the shot, said Mitchell Katz, president of the city’s Health & Hospitals Corp. Those who have resisted getting it will be given another opportunity before reporting to work, Katz said.

He said more than 90% of the public hospitals’ 43,000 workers were vaccinated, including about 95% of all nurses, and about 99% of physicians. “All our facilities are open and fully functional,” Katz said.

New York City Mayor Bill De Blasio said the potential impact of unvaccinated health-care workers being barred from their jobs would be far less difficult to handle than the staff shortages public and private hospitals experienced during the height of the pandemic last year, when high percentages of workers were kept away because of illness.

“This is a situation much more manageable than we had,” de Blasio said. “We’re going to have the personnel we need.”