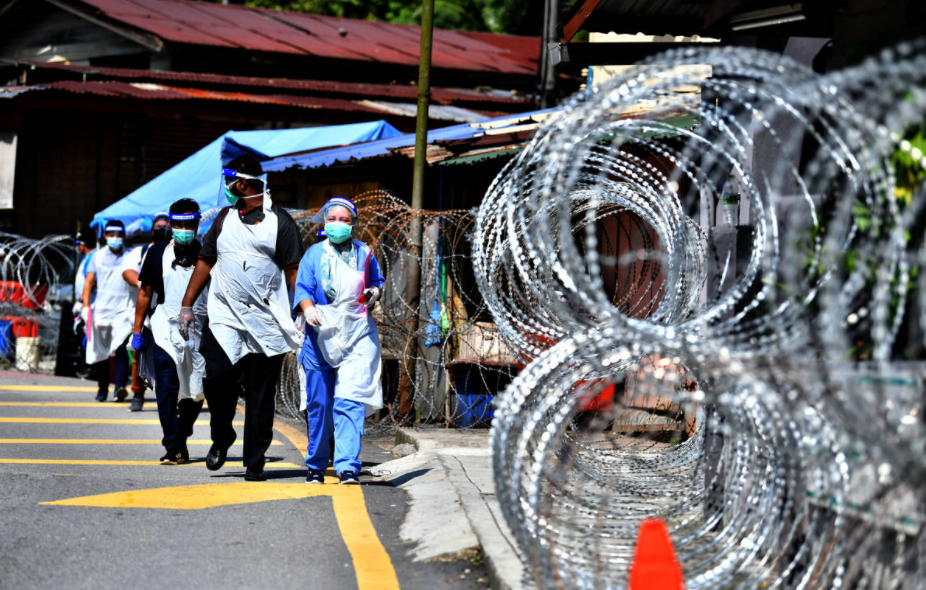 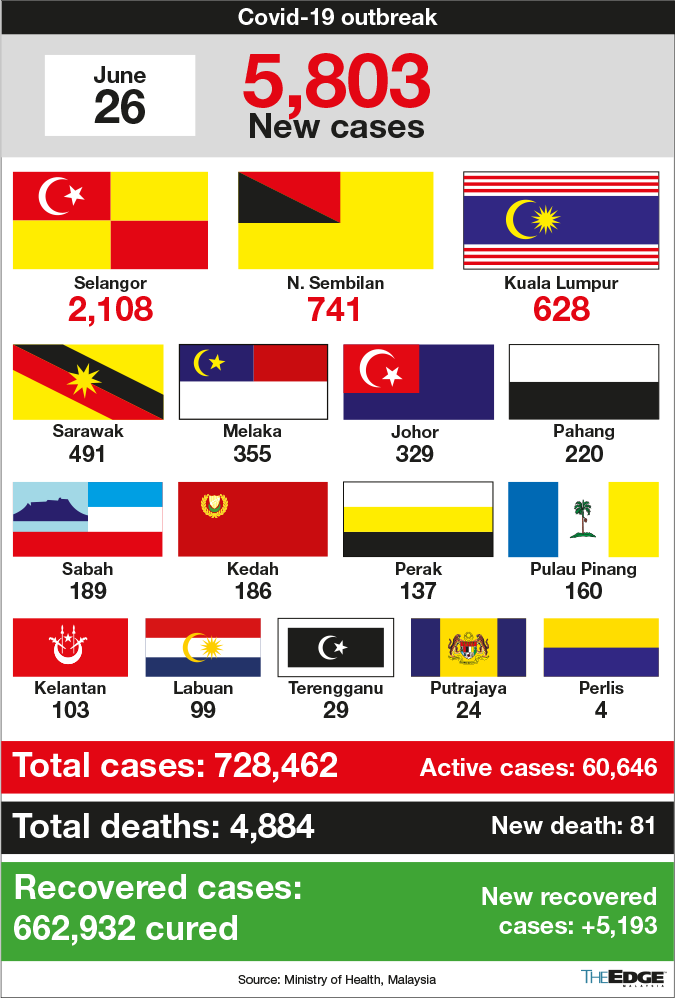 The cumulative number of cases in the country now stood at 728,462, according to a tweet by Ministry of Health (MoH) director-general Tan Sri Dr Noor Hisham Abdullah.

Selangor continued to top the list with the most infections at 2,108 today.

In the second place was Negeri Sembilan with 741 cases, followed by Kuala Lumpur with 628.

Breaking down the new infections today, the MoH explained that 10 of them were imported, while the remaining 5,793 were domestically transmitted.

The ministry added that 4,433 cases involved Malaysians, while the other 1,360 infections involved foreigners.

Of the 10 imported cases, three were Malaysians, while seven were foreigners.

As a result, active cases stood at 60,646, of which 866 patients were in the intensive care unit (ICU), with 435 of them requiring respiratory support.

The country also saw 81 deaths today, bringing the total death toll from the coronavirus to 4,884, translating into a mortality rate of 0.67%.

In a statement, Noor Hisham said the deaths reported today comprised 30 cases in Selangor, 14 in Kuala Lumpur, 12 in Johor, nine in Negeri Sembilan, five in Sarawak, and three respectively in Pahang and Melaka, two cases in Labuan, and one case each in Penang, Kedah and Terengganu. 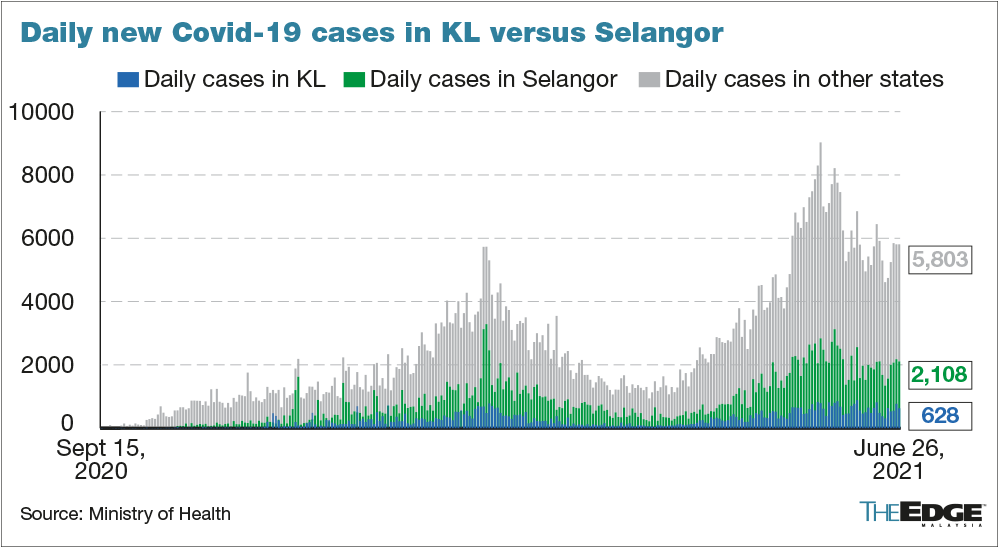 Seventy-eight of the deaths were Malaysians, while the remaining three were foreigners.

In total, 1,887 clusters had ended, while the number of active clusters stood at 868. 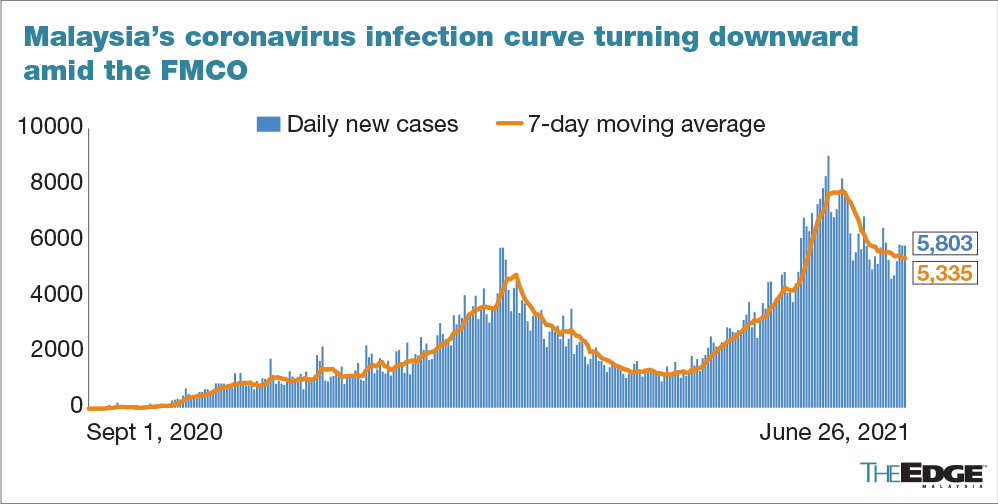 Four of the new clusters were found in Selangor, followed by Johor and Kelantan with two clusters each.

Among them, nine were workplace clusters, followed by two detention centre clusters, two community clusters and one cluster found among high-risk groups.