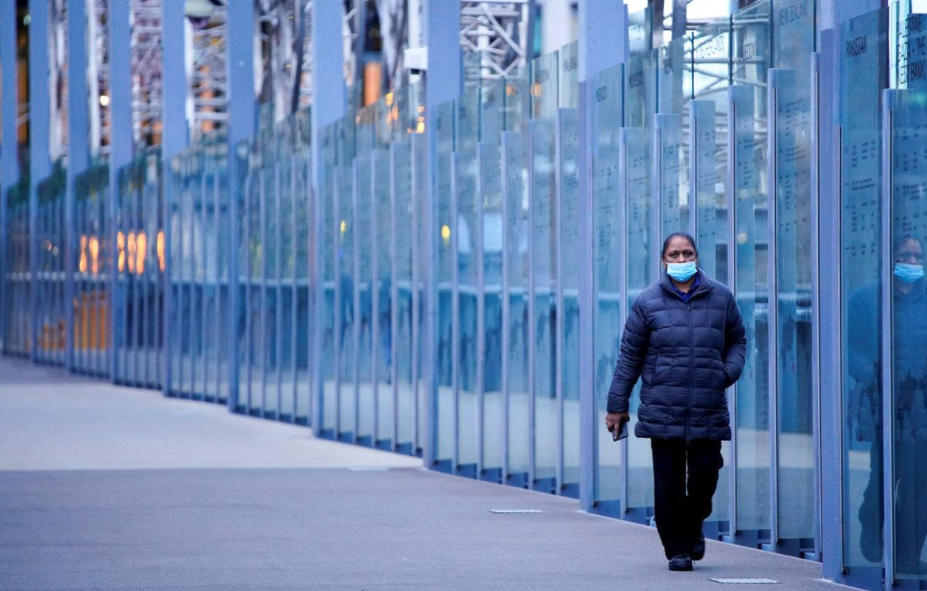 NSW Premier Gladys Berejiklian said 935 new cases had been detected in the state, the lowest daily tally since Aug 27, and down from 1,083 on Sunday. The state reported four more deaths.

“We’re feeling more positive than we have in a couple of weeks … but I don’t want any of us to sit back and think the worst is behind us,” Berejiklian told reporters in Sydney, warning of more deaths in the days ahead.

“Because we have seen the accumulation of so many cases, we know that October is going to be very challenging for our hospital system.”

Nearly half of Australia’s 25 million people is in lockdown after the Delta variant spread rapidly in Sydney and Melbourne, its largest cities, forcing officials there to abandon a Covid-zero target and shift to rapid vaccinations to ease curbs.

As the vaccine rollout gathers speed, with 53% of NSW’s adult population fully vaccinated, some restrictions were relaxed on Monday in 12 of the worst-hit suburbs in Sydney’s west. Time limits for outdoor exercise were lifted, while fully vaccinated people can gather outside in groups of five.

Neighbouring Victoria state, which includes Melbourne, logged one new death and 567 new infections, its biggest daily rise this year, a day after revealing its roadmap back to freedom when vaccinations reach 70%, expected around Oct 26.

So far, 44% of people in the state have been fully vaccinated, below the national average of 47%.

The New Zealand Breakers basketball team, which play in Australia’s National Basketball League, released guard Tai Webster on Monday after he decided not to be vaccinated against Covid-19.

Australia has largely lived in Covid-zero for much of the pandemic, recording 1,167 deaths and some 87,000 cases. About 56,000 cases have been registered since mid-June when the first Delta infection was detected in Sydney.

While NSW and Victoria bear the brunt of the Delta outbreak, most other states with little or no community transmission fear opening up too soon could overwhelm their hospital systems.