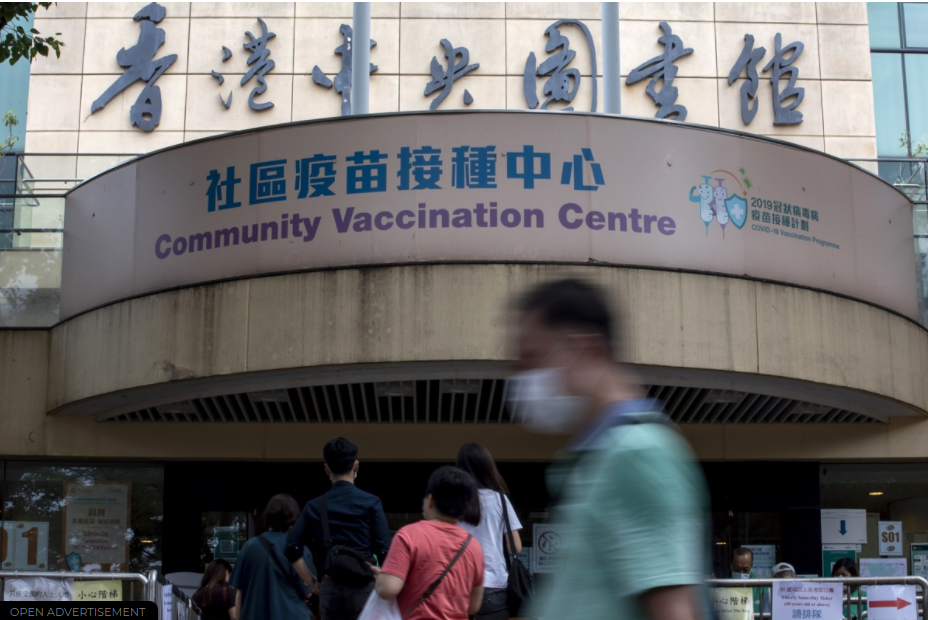 (Sept 16): Hong Kong government health advisers said there’s no urgency to give residents Covid-19 booster shots since there have been no outbreaks in three months, a decision that runs counter to the steps many other developed economies are taking.

A third dose won’t be needed until two to three months before the city’s borders open, said experts on two panels convened by the Centre for Health Protection to study the issue. Hong Kong’s zero tolerance for any local Covid infections means the virus isn’t circulating in the city now, reducing the need for extra protection, said David Hui, chairman of the Scientific Committee on Emerging and Zoonotic Diseases.

The experts also said adolescents aged 12 to 17 should get only one dose of BioNTech SE’s vaccine due to the risk of myocarditis and the low threat of Covid in Hong Kong. Sinovac Biotech Ltd’s vaccine, the only other shot available in the city, hasn’t been approved for those under the age of 18.

The experts’ recommendation to delay boosters comes as research being conducted across the world suggests the efficacy of coronavirus vaccines wanes over time. Israel has administered millions of booster shots and is making preparations in case a fourth round is needed. The US and UK, meanwhile, plan to start offering them later this month, while Europe is also considering third doses. China has approved the use of boosters for high-risk residents. 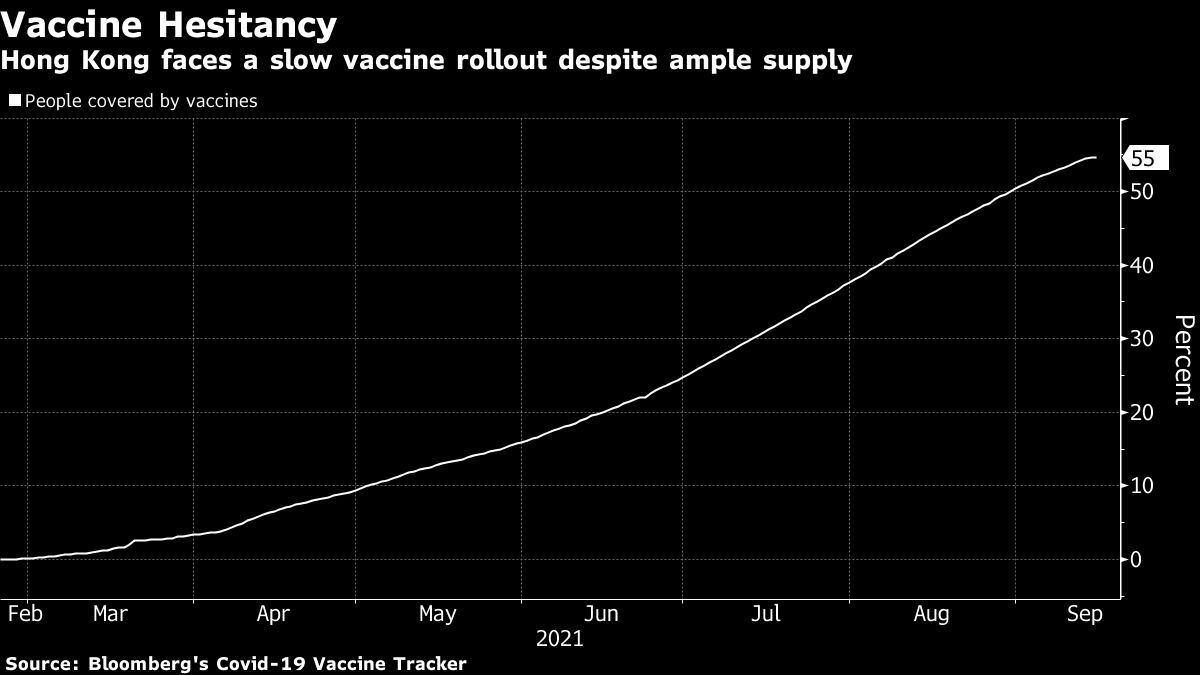 The approval of booster shots in wealthier nations has sparked controversy globally, as vast populations in the developing world are still waiting for their initial vaccinations. The World Health Organization has pleaded for a moratorium on third doses, with Director-General Tedros Adhanom Ghebreyesus saying this month that governments should wait at least until the end of this year to allow poorer countries more access to vaccines.

An all-star panel of global scientists this week concluded that vaccines work so well that most people don’t yet need boosters, a view likely to continue the debate over whether they should be broadly administered.

Hong Kong’s vaccine effort, meanwhile, is hitting a wall. A large swath of the population is refusing to get even one, fueled in part by hesitancy among elderly citizens. Since the campaign began in February, just 58% of residents have been vaccinated with an initial dose, according to Bloomberg’s Vaccine Tracker, compared with 81% for rival financial hub Singapore. The city’s appointment booking rate fell to a record low on Sunday.

Hong Kong has reported just two unlinked local cases in the past three months. Neither sparked further transmission. Authorities have vowed to stick to a Covid Zero strategy even as other places that have managed to keep infection rates low — including Singapore — move toward a post-pandemic future with fewer safety restrictions. The city’s quarantine measures remain some of the toughest in the world, and have fueled concerns that it could be left behind as others reopen their borders.