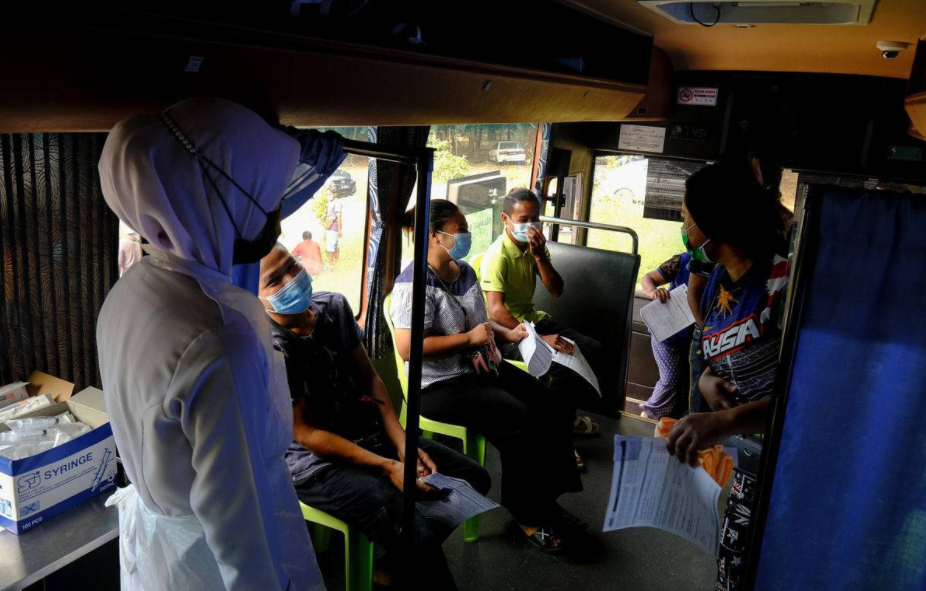 (Sept 15): Hundreds of thousands of people may be infected annually by animals carrying coronaviruses related to the one that causes Covid-19 in China and Southeast Asia, according to a study emphasizing the ongoing pandemic threat from spillover events.

An average of 400,000 such infections occur each year, most going unrecognized because they cause mild or no symptoms and aren’t easily transmitted between people, researchers with the EcoHealth Alliance and Singapore’s Duke-NUS Medical School said in a study released Thursday before peer review and publication. Still, each spillover represents an opportunity for viral adaptation that could lead to a Covid-like outbreak.

The question of where and how the virus that causes Covid emerged has become particularly contentious, with some leaders blaming a hypothetical leak from a lab in Wuhan, China that studies the pathogens. The new research, supported by the U.S. National Institute of Allergy and Infectious Diseases, builds on evidence that bats are the main host-animals for viruses like SARS-CoV-2 and that people living near their roosts are especially vulnerable.

“This is probably the first attempt to estimate how often people are infected with SARS-related coronaviruses from bats,” said Edward Holmes, an evolutionary biologist at the University of Sydney who wasn’t involved in the research. Humans are continually exposed to bat coronaviruses, he said. “Given the right set of circumstances, one of these could eventually lead to a disease outbreak.”

Almost two dozen bat species that can be infected by coronaviruses dwell in an area of Asia more than six times the size of Texas, with southern China and parts of Myanmar, Laos, Vietnam and Indonesia deemed the riskiest for spillovers. Peter Daszak and colleagues at the New York-based EcoHealth Alliance used bat distribution modeling and ecological and epidemiological data to estimate the risk of exposure to SARS-related coronaviruses, and the rate of unreported bat-to-human infections in China, South Asia and Southeast Asia.

“If you can stop this at the level of individual infections, you’ve got a much higher chance of stopping the next pandemic,” Daszak said Tuesday in a Zoom interview.

The approach provides proof of concept for a systematic risk assessment of wildlife-to-human spillover events and a strategy to identify key geographic areas that can be prioritized for targeted surveillance of wildlife, livestock, and humans, the researchers said.

“Given the challenges of identifying the origins of Covid-19 and pathways by which SARS-CoV-2 spilled over to people, this approach may also aid efforts to identify the geographic sites where spillover first occurred,” they said in the study.

Almost two years since Covid began infecting people in the central Chinese city of Wuhan, scientists are yet to determine the pandemic’s genesis. Daszak, who supports the theory of wildlife source, has been criticized for collaborating on National Institutes of Health-funded research at the Wuhan Institute of Virology on lab studies that some scientists say may have led to the creation of a progenitor virus.

No evidence supporting the lab-leak theory has emerged. Last month, the U.S. intelligence community ruled out the possibility that SARS-CoV-2 was developed by China as a biological weapon, but no consensus was reached on its origin.

Daszak’s study estimated a median of 50,000 bat-to-human spillover events occur in Southeast Asia annually and said the number could run into the millions.

These include mink, civets, raccoon dogs, and other mammals commonly farmed and traded for food and fur in Asia, according to the research. It said 14 million people were employed in wildlife farming in China alone in 2016 — an industry worth US$77 billion annually.

In Asia, about 478 million people live in an area inhabited by coronavirus-carrying bats, covering most of Laos, Cambodia, Thailand, Vietnam, Nepal, Bhutan, peninsular Malaysia, Myanmar, southeast China, and the western islands of Indonesia. Wildlife hunting, trading, farming and consumption is common across this region, increasing the risk of exposure to bat-borne viruses, Daszak said.

Wildlife sampling in China has been far more intense than in nearby countries, many of which are undergoing “dynamic social and environmental changes” known to increase the risk of spillover events, Daszak and colleagues said in the study.

“This isn’t about finding viruses and saying ‘this country is a high risk to the rest of the world,’” Daszak said. “This is about finding communities within countries that are at risk and trying to block them from getting infected, helping people in those communities reduce public health threats.”