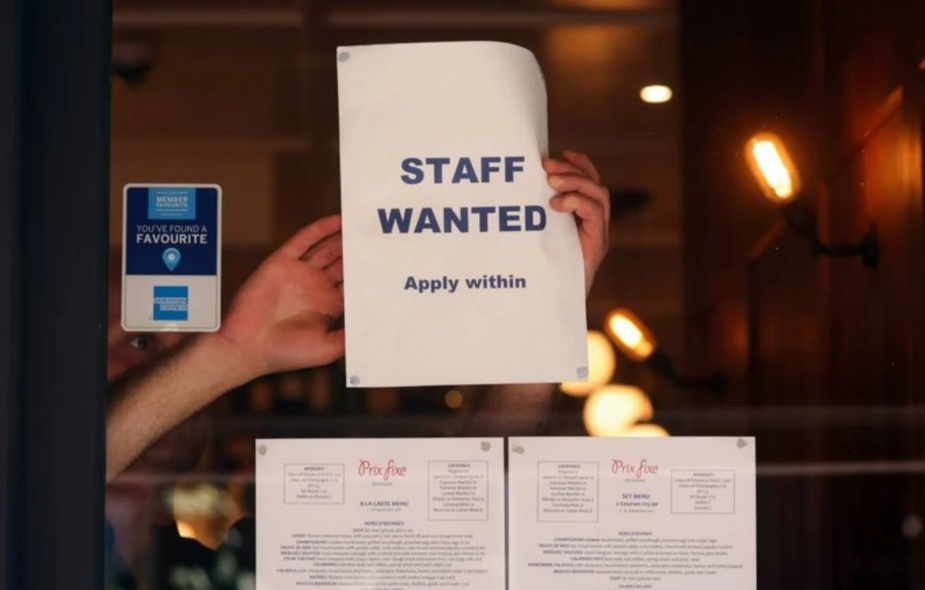 (Sept 14): The number of workers on U.K. company payrolls climbed above its pre-pandemic level as vacancies hit a record high with companies battling staff shortages created by Brexit and lockdowns.

The figures from the Office for National Statistics suggest the labor market remained buoyant over the summer even as a resurgence in virus cases and supply disruptions weighed heavily on overall economic growth.

The number of employees on company payrolls rose a record 241,000 in August, the ONS said Tuesday. Job openings surged 35% in the quarter to 1.03 million, the first time they’ve risen above 1 million.

“Record vacancies also highlight the acute hiring crisis faced by many firms,” said Suren Thiru, head of economics at the British Chambers of Commerce. “These recruitment difficulties are likely to dampen the recovery by limiting firms’ ability to fulfill orders and meet customer demand.”

Many employers are struggling to find staff following a stronger-than-expected recovery from the coronavirus recession. Speaking after figures last week showed the economy rapidly lost momentum in August, Bank of England Governor Andrew Bailey said that “getting jobs filled” rather than unemployment remained the key concern.

The figures are a boost for Chancellor of the Exchequer Rishi Sunak and will relieve strain on the public finances from benefits for the unemployed.

“Our plan for jobs is working,” Sunak said in a statement. “As we continue to recover from the pandemic, our focus remains on creating opportunities and supporting people’s jobs.”

With 1.6 million people still furloughed in August, a key test will come at the end of the month when government wage subsides come to an end. The Resolution Foundation expects many to end up unemployed.

There was little signs of a surge in redundancies picking ahead of the expiry of the furlough scheme.

Average earnings grew by 8.3% in the three months through July from a year earlier, pushed higher by distortions created by the pandemic as previously furloughed workers return to full-time pay. The rate of growth slowed to just below its record rate.

That would have cost the Treasury billions of pounds had Sunak not suspended the government’s triple-lock pledge to increase pension payments by the greater of average earnings growth, inflation or 2.5%. Sunak said last week that earnings are being removed from the calculation for a year.

Demand for staff is still exerting upward pressure on underlying pay, which the ONS estimates to be running at between 3.6% and 5.1% — above pre-pandemic levels. Some BOE policy makers have expressed concern that more persistent inflation pressures could be building in the labor market.

“Pay may rise further in the coming months, supported by the recovery in the labor market,” said Yael Selfin, chief economist at KPMG UK.