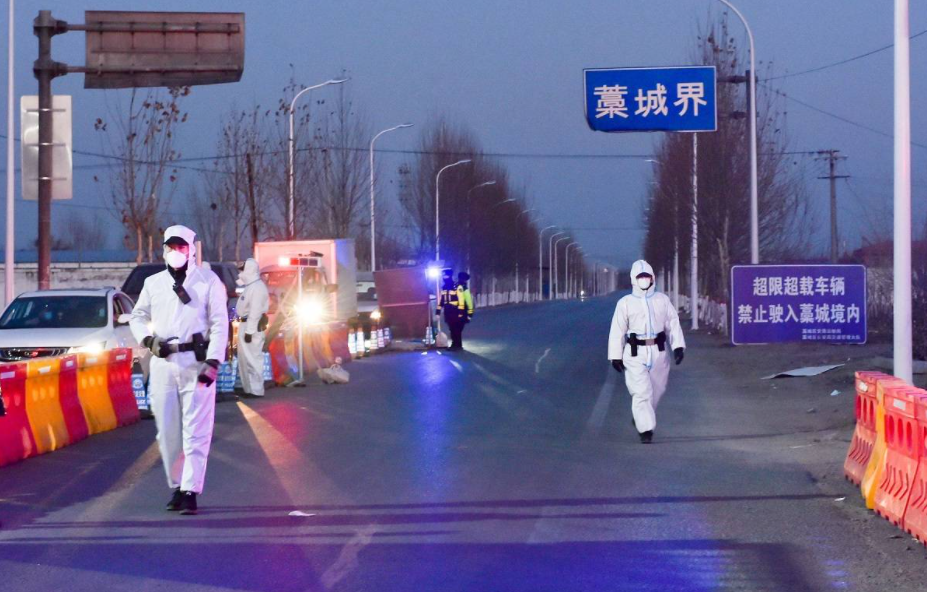 (Sept 12): Chinese data this week will show the damage done from a widespread Covid outbreak last month that partially shut the world’s third-busiest container port and sent parts of the country back into lockdown.

Those reports on Wednesday will probably confirm the economy is still operating at two speeds. While global momentum has resulted in record monthly exports, households aren’t confident enough to spend like before.

Even with the virus outbreak contained, questions remain about the durability of consumer demand. High-frequency data tracked by Bloomberg Economics suggests further weakness in the labor market in early September.

Aside from the delta outbreak, China has faced other bad news recently. Parts of the country were hit by deadly floods in July, computer chip shortages have disrupted production including cars, infrastructure spending has slowed and the government has tightened regulations in sectors from property to technology.

The real-estate market in particular is being closely watched, with Wednesday’s data likely to show the severity of the tighter curbs on investment. Property sales in the four first-tier cities declined 16% in August from a year ago.

Economists have been downgrading gross domestic product forecasts as data turn sour, but even so they expect growth to exceed the government’s target of above 6% for the year.

Elsewhere, global inflation is likely to be a recurring theme this week as not only the U.S. and U.K. release consumer-price data, but also Argentina, where the rate of increase is running close to 50%.

Click here for what happened last week and below is our wrap of what is coming up in the global economy.
Asia

The People’s Bank of China will conduct a monthly liquidity operation that may provide clues on its policy stance. Officials already surprised markets in July by reducing the amount of cash banks must hold in reserve, and are using a relending facility for targeted support to businesses. Many economists see scope for more action in due course.

In Japan, candidates for its leadership election will offer more details of proposed policies ahead of the official start of the race to replace Yoshihide Suga as prime minister.

Reserve Bank of Australia Governor Philip Lowe delivers his annual ANIKA Foundation address Tuesday, a lunch designed to help raise money to battle youth depression and suicide, and where he usually makes a point of being highly expansive. That’s likely to set the economic agenda ahead of August jobs data on Thursday, which should show the full brunt of virus lockdowns, after July’s survey was conducted early in the month and failed to completely capture the impact.

Australia and New Zealand’s Treasury secretaries are speaking Tuesday. Meanwhile New Zealand GDP figures for the second quarter are out on Thursday, a result that could further bolster the case for an interest-rate rise at next month’s meeting.

South Korea jobs figures are expected to show more impact from the latest delta wave, while Japan export figures will offer more clues to the strength of global trade.

The U.S. economic calendar is packed with data. The consumer price index out Tuesday will pour fuel onto an already heated debate about the path of inflation, and the latest report on manufacturing production is likely to highlight the persistent supply chain challenges that are plaguing factories across the world.

Retail sales are forecast to fall for a second straight month, in part due to those shortages, as consumer sentiment remains depressed.

Data in the U.K. this week will illustrate that economy’s progress in shaking off the consequences of the pandemic over the summer months and adjusting to the volatility of consumer prices in its aftermath.

The main event comes on Wednesday, with the inflation rate forecast to rise by almost 1 percentage point to 2.9% in August. Other reports are predicted by economists to show wage growth continuing above 8% and monthly retail sales rebounding from a slump.

UK inflation has further to run

Turkey’s current-account balance may show improvement on Monday on tourism income, and Saudi Arabia probably grew just over 1% during the second quarter with data due the same day. The world’s largest crude exporter is bouncing back faster than many analysts expected, helped by higher oil prices, accelerated vaccinations and a consumer rebound.

In Israel, inflation is likely to remain within the central bank’s 1-3% target range after a slower rise compared with other countries due in part to the shekel’s appreciation.

In Africa, data will probably show Ghana continues to recover from last year’s slump, when output rose the least in 37 years. Meanwhile Nigeria’s central bank is expected to leave its benchmark interest rate unchanged for a sixth straight meeting as it looks to build growth momentum in the continent’s most industrialized economy.

Argentina has ramped up printing money ahead of the November mid-term elections, with annual inflation now at 50% from near 30% at the start of 2021. In recent months, the government has slowed the pace of the peso’s depreciation, so likely keeping the August readings posted Tuesday in line with July’s.

Brazil’s rebound from its 2020 recession lost momentum in the second quarter though indications suggest July’s GDP-proxy data out Wednesday will represent a positive start to the third quarter.

Colombia’s economy shook off a resurgence of the virus and nationwide protests to post a strong rebound in June. Look for July’s industrial output, manufacturing and retail sales readings to again hit double digits.

Expect July’s economic activity data out of Peru to show that the recovery slowed but remained on track. Lima’s labor market has been improving in fits and starts from its 2020 lows and August’s report may show additional recovery.

Closing out the week, look for Colombia’s July economic activity data to show some cooling from June’s torrid pace, which has the economy near its pre-pandemic level.