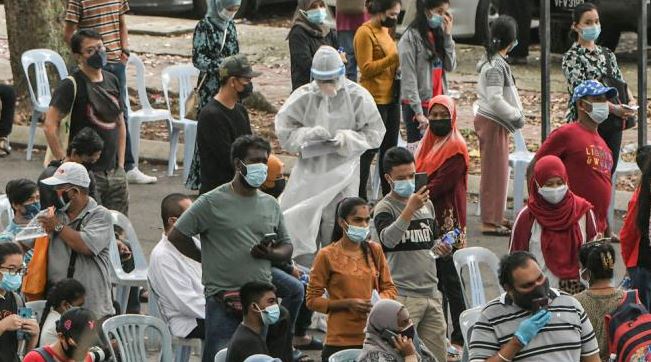 This brings the collective total of cases to 1,746,254, with Selangor still leading in the highest number of new infections detected at 4,371.

Kelantan has hit a new record high with 1,479 cases while Sabah, Sarawak and Johor all have over 2,000 cases. Penang and Kedah are also not far from that number.

For the record, 34.9 percent of Malaysia’s population are considered fully vaccinated today, based on the number of second doses administered two weeks ago on Aug 17. This means the disease is more prevalent in populations that are yet to be fully vaccinated.

As of yesterday, vaccine coverage has reached 45.6 percent of the national population, including children who are still vulnerable to the disease but not eligible for vaccination.

There were 282 fatalities today, bringing the death toll to 16,664. This includes 64 today who have no history of chronic illness.

Of these, 98 had died before being brought to a hospital – predominantly in Selangor (67), Kuala Lumpur (10), and Sabah (9). The number in Selangor matches the state’s record-high on brought-in-dead cases on Aug 8.

As of the latest available data, Covid-19’s effective reproduction number (Rt) in Malaysia yesterday is 1.02. Any number higher than 1.00 indicates an outbreak that is still accelerating.

Only six states and territories have an Rt below 1.00, indicating that the outbreak is in decline in these places.

Of the new clusters, 11 are classified as workplace clusters, and eight are community clusters. Another two involved high-risk groups and one involved a detention facility.