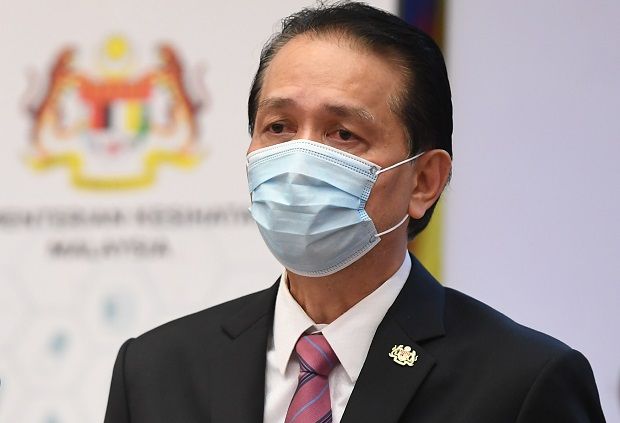 PETALING JAYA: Daily fatalities due to Covid-19 have reached a new high, with a record 360 deaths reported on Sunday (Aug 8), of which 85 were brought-in-dead cases, says the Health Ministry.

The previous record number of deaths was 257 on Aug 4.

Health director-general Tan Sri Dr Noor Hisham said the majority of deaths had occurred in the Klang Valley with a total of 221 in Selangor, 41 in Kuala Lumpur, 20 in Melaka, 17 in Perak, 15 in Penang and 14 in Johor.

Kedah saw seven lives lost to Covid-19 on Sunday, while Negri Sembilan and Pahang each recorded six deaths as Sabah and Terengganu each had five deaths due to the virus.

Meanwhile, Putrajaya had two deaths as Kelantan recorded one death on the same day that the nation logged a total of 18,688 cases, bringing the cumulative number of cases since the outbreak began in early last year to 1,262,540.

“Meanwhile, the remaining 18,287 cases (97.9%) are in Category One and Two. This is based on the clinical conditions of the cases upon initially being diagnosed with Covid-19,” said Dr Noor Hisham in a statement on Sunday.

Dr Noor Hisham said there were those who remained in the same category they were classified in when first diagnosed, but there were also patients who moved to either lower or higher categories depending on whether their health had improved or worsened.

As a whole, Dr Noor Hisham said out of the total number of cases on Sunday, only 4,460 cases (23.9%) had vaccination history.

In Category Five, which is the most severe category involving critical patients requiring ventilatory assistance, five had been vaccinated.

Dr Noor Hisham also reported 39 new clusters, of which 18 stemmed from workplaces, 15 in the community, two each from detention centers and high risk groups, and one each involving a religious activity and a higher educational institution.

“Also based on the latest data on August 7, the RT for Malaysia stands at 1.08,” he said, referring to the national infectivity rate.