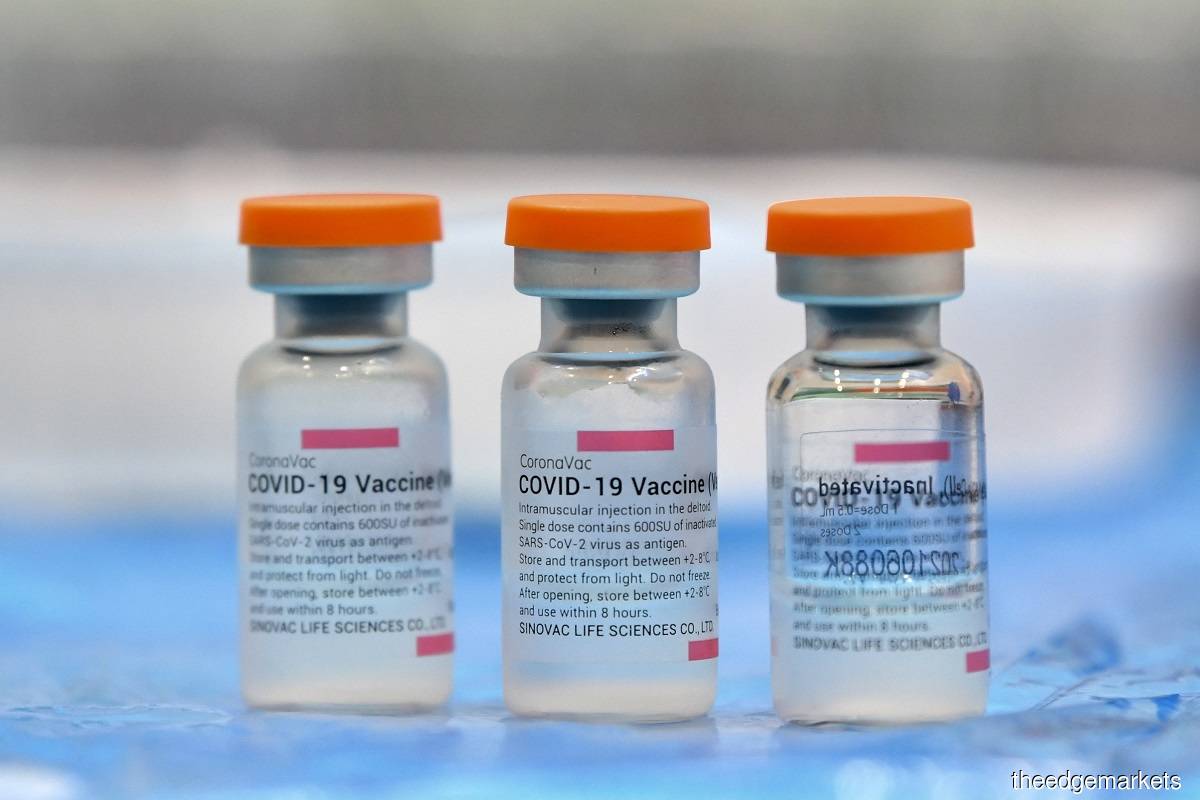 BEIJING/MANILA/JAKARTA (July 27): Antibodies triggered by Sinovac Biotech’s Covid-19 vaccine declined below a key threshold from around six months after a second dose for most recipients, but a third shot had a strong booster effect, a lab study showed.

Chinese researchers reported the findings from a study of blood samples from healthy adults aged between 18 and 59 in a paper published on Sunday, which has not been peer-reviewed.

Among participants who received two doses, two or four weeks apart, only 16.9% and 35.2% respectively still had neutralising antibodies above what researchers regard as a detectable threshold level six months after the second shot, the paper said.

Those readings were based on data from two cohorts involving more than 50 participants each, while the study gave third doses of the vaccine or placebo to a total of 540 participants.

Researchers said it was unclear how the decrease in antibodies would affect the shot’s effectiveness, since scientists have yet to figure out precisely the threshold of antibody levels for a vaccine to be able to prevent the disease.

Apart from durable antibodies, other components in humans immune systems such as T cells and B cell memory elicited by the vaccine may also contribute to protection, researchers involved in the study said, although the study did not provide data on those factors.

“In the short to medium term, ensuring more people complete the current two-dose schedule of CoronaVac (Sinovac’s vaccine) should be the priority,” the paper said.

As of end-June, Sinovac had delivered more than one billion doses of the vaccine, a major vaccination tool in China, Brazil, Indonesia, and Chile.

Other Covid-19 vaccine makers are seeking to get authorisation for booster shots. Pfizer and partner BioNTech said earlier this month they had planned to ask US and European regulators within weeks to authorise a booster dose of its Covid-19 vaccine, based on evidence of greater risk of infection six months after inoculation and the spread of the highly contagious Delta variant.

She said the immunisation advisory board recommends a booster vaccination 12 months after the second dose.

Indonesia started giving booster shots produced by Moderna to medical workers this month, including those who had received Sinovac doses.

Philippines’ Health Secretary Francisco Duque said on Tuesday there is no recommendation yet from the country’s vaccine expert panel on giving a booster shot but experts are discussing the possibility.

Turkey has already started offering a third dose from either Sinovac or Pfizer to some people who have got Sinovac shots.

The research paper on Sinovac’s vaccine said that the study did not test the antibodies’ effect against more transmissible variants, and that further research was needed to assess antibody duration after a third shot.

The study was conducted by researchers at disease control authorities in Jiangsu province, Sinovac, and other Chinese institutions.