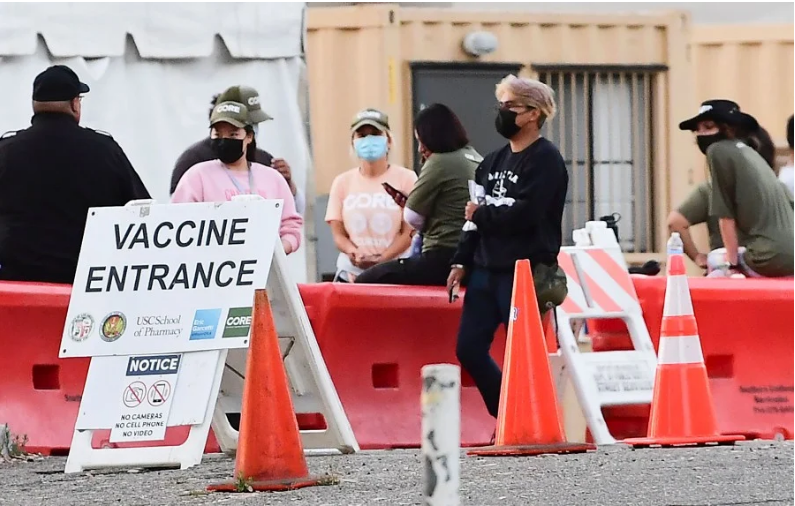 The seven-day-average of new cases was 13,859 as of July 6, up 21 percent compared to two weeks earlier, according to the Centers for Disease Control and Prevention (CDC).

Cases attributed to the most recent days might rise further because of a reporting lag following the July 4 holiday weekend.

The spike comes as the Delta variant, which is more transmissible than any previous strain, accounted for around 52 percent of cases in the two weeks ending July 3, according to the CDC.

Despite having among the highest availability of vaccines of any country, America’s immunisation campaign has dropped off steeply since April.

President Joe Biden narrowly missed his goal of having 70 percent adults at least partly vaccinated by Independence Day, with the current figure at 67 percent.

Regions in the Midwest and South with lower vaccination rates are experiencing higher case rates than regions with high vaccination rates such as the Northeast, a trend that has become increasingly clear in recent weeks.

A hospital in Springfield, Missouri, ran out of ventilators to treat hospitalised Covid patients over the weekend, local media reported.

“The trajectory that we’re likely to see is two different flavours of the pandemic in the United States, one in which it’s more of a problem in places where there’s a high level of unvaccinated individuals,” Amesh Adalja of the Johns Hopkins Center for Health Security told AFP.

“In other parts of the country, the pandemic is largely going to be something that’s managed as more of an ordinary respiratory virus,” he added.

Adalja said that even with Delta becoming the dominant strain he envisioned a “decoupling” of hospitalisations and deaths from rising cases in highly vaccinated regions, as has been seen in Israel.

Real world data has shown that the Pfizer, Johnson & Johnson and AstraZeneca vaccines have retained high efficacy against severe Covid and the same is almost certainly true of the Moderna vaccine, according to experts.–AFP