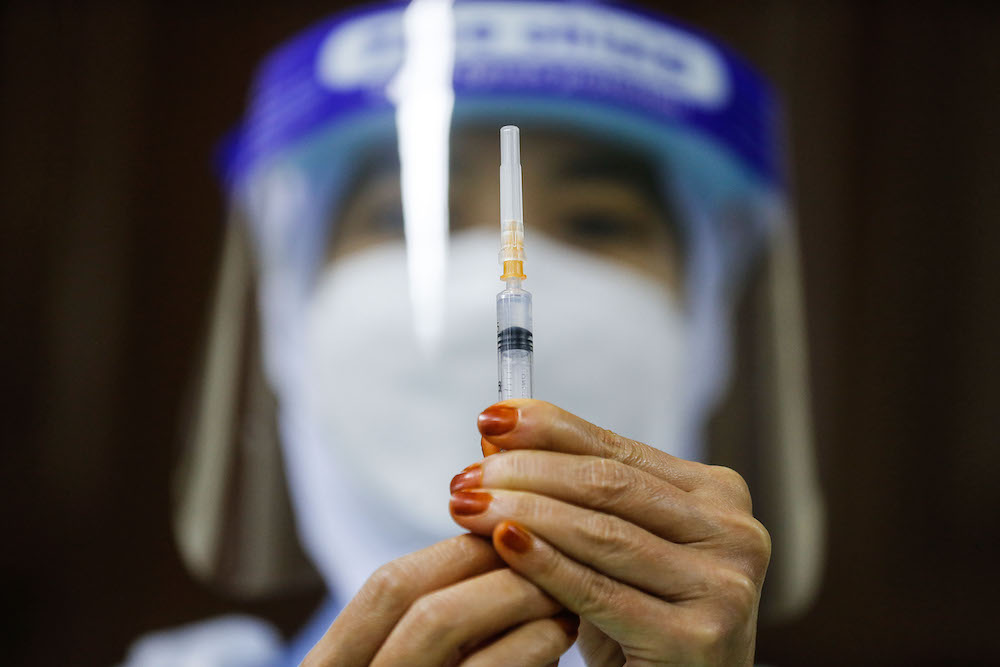 KUALA LUMPUR, July 8 — The Selangor State Health Department has rejected a vaccine recipient’s allegation that he was injected with an empty syringe, saying various checks in the process ensured this could not happen.

Director Datuk Dr Sha’ari Ngadiman said the steps are part of the best practices determined by the Health Ministry, with improvements from time to time to ensure the vaccination process is at an optimum level.

“Several issues are stressed during the vaccine administration process, such as the vaccinators involved consist of qualified and trained personnel who have been formally appointed by the Selangor State Health Department,” he said in a statement.

It is mandatory for a minimum of two personnel to be involved in administering vaccines at every station. One staff member will act as the vaccinator, while the other will prepare it and also serve as a witness while the vaccination is being administered.

The inoculation process must then be done according to the intramuscular injection standard method, and once the vaccine has been administered, the emptied syringe will be disposed into the sharps bin situated near the vaccinator.

“Based on the steps mentioned above, it is quite impossible for a vaccination to occur without the vaccine to any recipient. The vaccination centres always ensure the standard operating procedures by the ministry and the holistic coordination on the hospital level are guaranteed, and that monitoring by the hospital’s highest management is continuous,” he said.

Yesterday Klang resident Simon Ng, who went to Banting Hospital for his vaccination, claimed that he was injected with an empty syringe.

Ng alleged that upon seeing numerous syringes filled with liquid at the injection booth, he recorded his own vaccination process despite the medical officer’s instruction to not look and discovered the syringe appeared to be empty.

He said the medical officers who were present refused to further engage with him after being confronted, and claimed they instead offered to give him a second shot on the spot.

Ng has since lodged a police report on the matter.

Kuala Langat district police chief Supt Ahmad Ridhwan Mohd Nor@Saleh has said an investigation will be conducted into the matter.