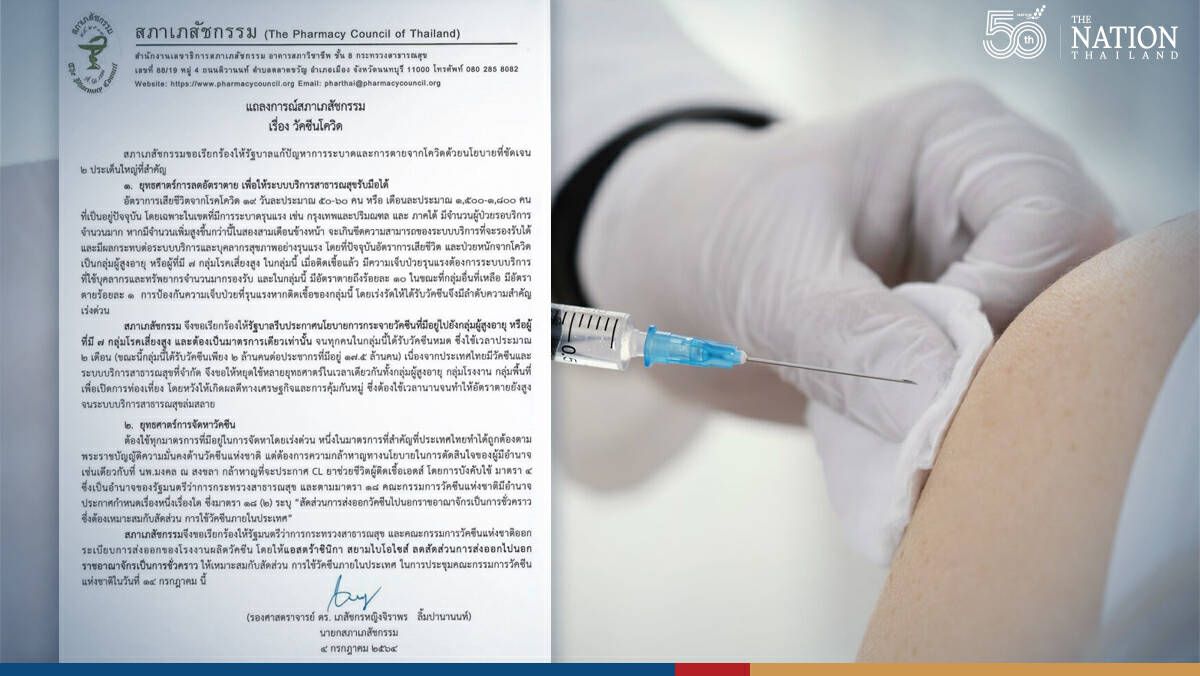 BANGKOK (The Nation/ANN): The Pharmacy Council has called on the health minister and National Vaccine Committee to temporarily limit export of AstraZeneca vaccine by local producer Siam Bioscience, as infections and fatalities mount in Thailand.

AstraZeneca has contracted Siam Bioscience to produce 200 million doses per year for the region, but deliveries have already been delayed.

The first issue is the mortality rate of 50-60 deaths per day or 1, 500-1, 800 per month, centred on Bangkok and the South. If that number increases in the next few months, the health system could collapse, the council warned.

The government must urgently deploy all available vaccine to protect the elderly and people with underlying health conditions, whose Covid-19 mortality rate is 10 per cent, it added.

Currently, only 2 million of the 17.5 million people in this group have been vaccinated as vaccine supplies are limited, it said.

The council urged the government to stop using multiple strategies aimed at economic benefits and instead focus on reducing the mortality rate to ensure the health service does not collapse.

The second issue raised by the council was vaccine procurement. It urged the Public Health Ministry and the National Vaccine Committee to cap exports of AstraZeneca vaccine from the Siam Bioscience factory in order to fight the outbreak in Thailand. The committee is set to meet on July 14.

AstraZeneca has contracted Siam Bioscience to produce up to 200 million doses per year as its Southeast Asian production hub. It has also pledged to deliver 61 million doses for Thailand this year. – The Nation/Asia News Network