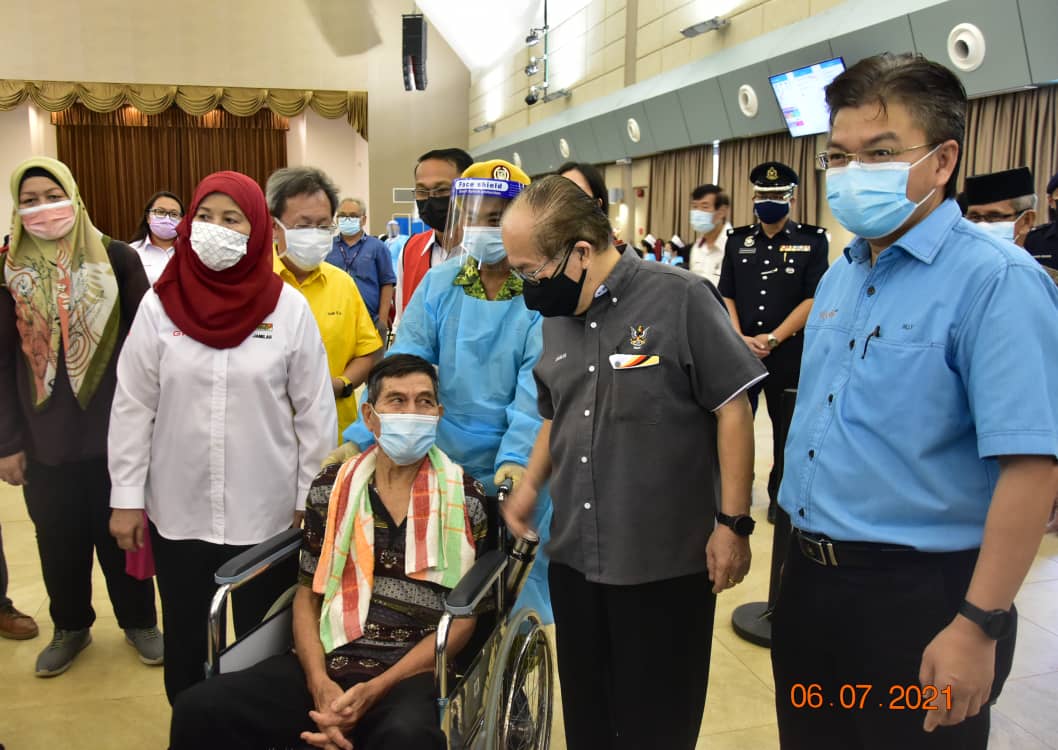 KUCHING (July 7): The government aims to increase the number of doses administered to beyond 60,000 daily to achieve its target of vaccinating 2.2 million people in the state by end of August, said Deputy Chief Minister Datuk Amar Douglas Uggah Embas.

The Sarawak Disaster Management Committee (SDMC) chairman, however, said the state’s success and progress is dependent on the supply of vaccines it gets from the federal government.

“Unless Kuala Lumpur and the National Covid-19 Immunisation Task Force (CITF) give us the amount, we will not be able to reach our target of vaccinating 2.2 million people in the state by end of August.

“But the CITF has promised to deliver what we need. Our request now is for 430,000 doses per week,” he told the media after visiting the vaccination centre at the Lundu Civic Centre yesterday.

Uggah said as of Monday, 1,552,944 million people in the state had been vaccinated, with 1,226,659 million having received their first dose and the rest had completed two doses.

Yesterday alone, 56,068 people in the state were vaccinated, he added.

“In addition, we are also assisted by the military’s Combat Medic teams operating in various forward locations in Lawas, Miri and Kapit. Thus with their involvement, our progress has been very fast and widespread,” he said.

Uggah noted that the unequivocal support of the state government was behind Sarawak’s great success and speed in the National Covid-19 Immunisation Programme rollout.

“We just do not rely on the federal government’s input alone. Our Chief Minister Datuk Patinggi Abang Johari Tun Openg has been most supportive in terms of funds and resources.

“That is why now we are among the top states in the country in the number of vaccination already given out,” he said.

Uggah also expressed his gratitude to the GPS elected representatives who had generously chipped in to the programme in their respective constituencies, as well as a good number of non-governmental organisations and corporate bodies.

On the part of the people, he was also very happy to note the excellent responses.