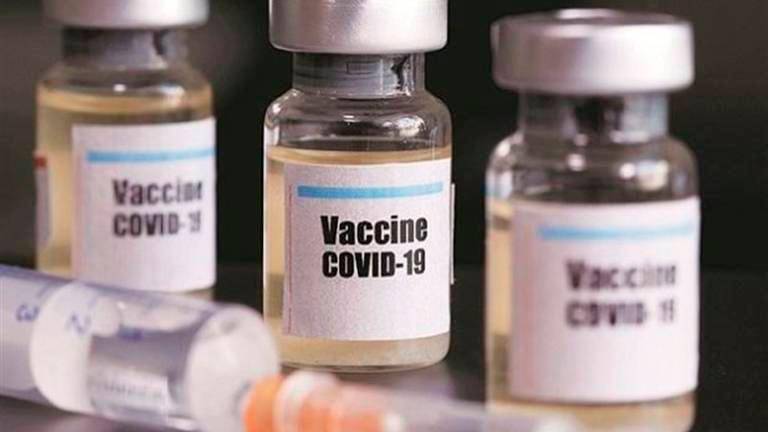 KUALA LUMPUR: Malaysia can be among the vaccine producing countries if its first locally produced vaccine, which is being developed using Ribonucleic Acid Messenger technology, or mRNA, for Covid-19, is successful.

According to records, the Pfizer-BioNTech vaccine developed by the US pharmaceutical company, Pfizer, and its German partner, BioNTech, is the first Covid-19 vaccine approved by the World Health Organisation (WHO).

With the production of the vaccine, which is considered safe, followed by the inactivated virus vaccine, Sinovac, from China, several countries, including Malaysia, began to take steps to produce vaccine using mRNA technology.

Senior lecturer at the Environmental Health Cluster, Department of Earth and Environmental Sciences, Faculty of Science and Technology, Universiti Kebangsaan Malaysia (UKM), Dr Nurul Yuziana Mohd Yusof said Malaysia had never produced a vaccine for human diseases before, but if the mRNA technology is successful, it would be a turning point in the empowerment of the vaccine manufacturing industry in the country.

The lecturer who specialises in molecular biology, genomics and mammalian cell -based technology, said the mRNA vaccine is a vaccine that consists of a substance that contains genetic information to produce viral proteins that are delivered into human cells through injection.

The viral protein that is produced will be recognised by a human body for the production of antibodies, which in turn, provide immunity against the virus.

She explained that the production of mRNA vaccine using the Lipid nanoparticle or LNP method, involves a cell-free process which is technically expected to be faster than other types of vaccine production.

“Both the Pfizer and Moderna companies produce Covid-19 vaccine products through mRNA technology that uses lipid-nano particles to carry or ‘encapsulate’ mRNA.

“The encapsulation of mRNA in the LNP structure is important to ensure the stability and effectiveness of the mRNA material to enter the cell and subsequently be able to perform its function to produce viral proteins after being injected into the body,“ she told Bernama.

This cell-free process, she said, involves the action of enzymes which is necessary to convert deoxyribonucleic acid (DNA) to mRNA through an ‘in vitro transcription’ reaction.

‘‘Cell-free refers to a process that does not involve the use of mammalian cell cultures to propagate the virus as used in most large-scale virus-based vaccine production technologies by the biopharmaceutical industry, for example the inactivated virus-type vaccine from Sinovac.

‘‘There is also the egg-based vaccine production method which is an old technology, but still in use. However, it takes longer and there may be genetic mismatches that can cause the vaccine to be less effective,” she said.

Nurul Yuziana said the mRNA vaccine is also deemed safe due to the formulation used to produce the vaccine naturally in the human body, apart from other substances that have been approved by the Food and Drug Administration (FDA).

‘‘Lipid substances such as ionized lipids, cholesterol and auxiliary lipids used to build the LNP structure LNP to encapsulate mRNA are fatty substances that occur naturally in the body where they can be eliminated naturally or reused in the human body.

“Other materials, such as PEG (Polyethylene glycol) which is needed to ensure the structural stability of LNP is a common material used in pharmaceutical products and has received FDA approval,“ she added.

In ensuring success of producing mRNA vaccines based on lipid-nanoparticles, she said, Malaysia needs to strengthen its expertise in research and development (R&D), especially in the field of molecular biology and engineering involving microfluidic technology.

She said this is apart from providing Good Manufacturing Practice (GMP)-compliant production facilities equipped with automated machines and competent manpower.

“The technology of producing vaccines, which is a biological product, is not the same as making synthetic drugs. It is an application from the field of biotechnology that specifically involves the use of various methods of molecular biology, cell -based technology and bioprocess engineering,” said Nurul Yuziana, a former scientist at Inno Biologics Sdn Bhd.

She said the company manufactures biological products for complex proteins, such as monoclonal antibodies and erythropoietin through the bioprocess platform, which is almost similar to vaccine production.

“This proves that we have the technical expertise among local graduates and experience in using technology in biological production in Malaysia,” she added.

The Covid-19 vaccine developed in Malaysia in collaboration with the Institute of Medical Research (IMR) and Universiti Putra Malaysia (UPM) will undergo pre-clinical trials involving animals starting next month and is expected to be completed by 2024.

Apart from Malaysia, Thailand is also launching human clinical trials on its own mRNA-based Covid-19 vaccine after the preclinical studies showed encouraging results.

It has also been reported recently that WHO is developing a vaccine hub in South Africa to enable companies in the country to begin the process of producing mRNA vaccines within nine to 12 months.-Bernama