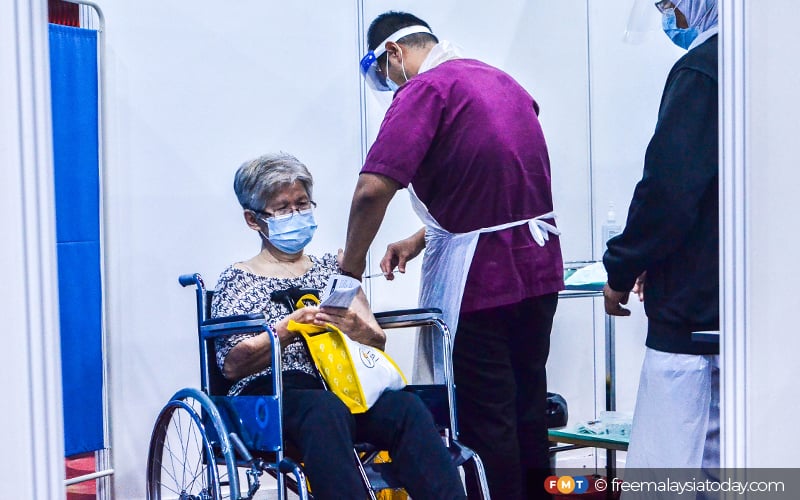 GEORGE TOWN: Penang is expected to achieve the 10% immunisation rate by tomorrow.

As such, it wants the federal authorities to consider moving the state into Phase Two of the National Recovery Plan (NRP) to allow the easing of Covid-19 curbs and opening of the economy.

Its chief minister, Chow Kon Yeow, said 9.9% of the adult population here had received two doses of vaccine up till yesterday.

“With this, we urge the National Security Council (MKN) to consider moving us into the second phase of the NRP,” he said in a statement.

The MKN had said Kelantan, Terengganu, Pahang, Perak and Perlis will move into Phase Two of the NRP as they had reached the 10% vaccination target.

Senior minister for security Ismail Sabri Yaakob and finance minister Tengku Zafrul Aziz, in a joint statement yesterday, said this was to reward the five states that had been successful in meeting the necessary benchmarks in bringing down the number of Covid-19 cases.

Chow also said that the state would be receiving 591,000 doses of vaccine for this month and August.

“We hope the senior citizens’ vaccination process can be completed as soon as possible before we move on to those aged under 60,” he added.

Meanwhile, Chow’s predecessor, Lim Guan Eng said based on “science and data” it was illogical for Penang to be excluded from the list of states allowed to enter into the second phase.

The infectivity rate in Penang, he added, was lower than that for Pahang.

“Ismail and Tengku Zafrul must explain why Penang is excluded from Phase 2 of the NRP when Penang has performed better than the threshold set when compared to Pahang.”

The former finance minister went on to say that the federal government should admit that a centralised approach has failed to produce the desired results.

State governments and MPs, he added, should be given the opportunity to manage the Covid-19 in the respective areas.