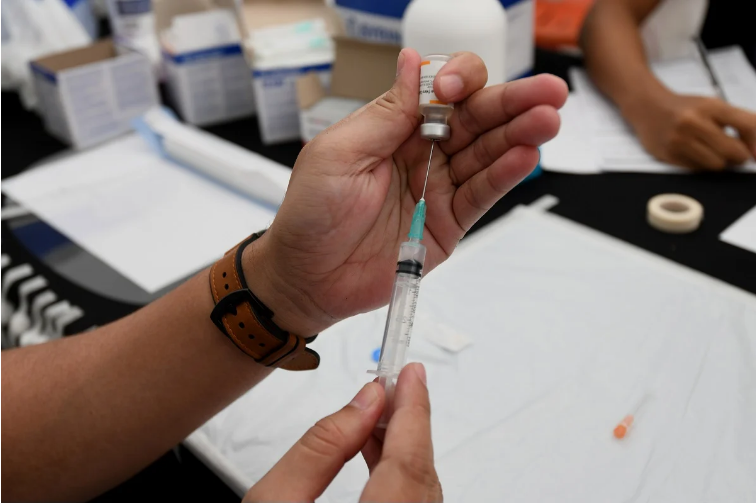 This was higher than 231,733 doses of vaccine being administered on June 29.

Notably, it is also the second-highest number of daily doses administered, surpassed only by 268,604 jabs on June 24.

In tandem with the increase in doses administered yesterday, the seven-day moving average of Covid-19 vaccination in Malaysia also rose to 218,455 doses from 217,598 doses the day before. 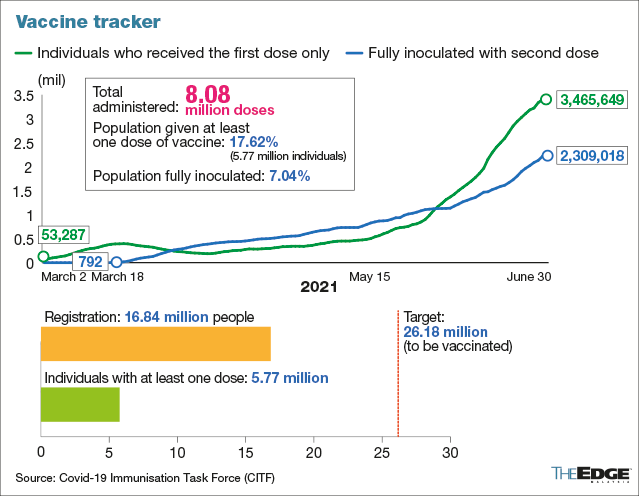 As of yesterday, a total of 2.31 million Malaysians had been fully vaccinated, while 3.47 million individuals had received only one jab.

So far, 17.62% of the Malaysian population had received at least one dose, while 7.04% were fully vaccinated.

In June, 5.08 million doses of vaccines were administered, which is significantly higher than the 1.56 million doses given in May. 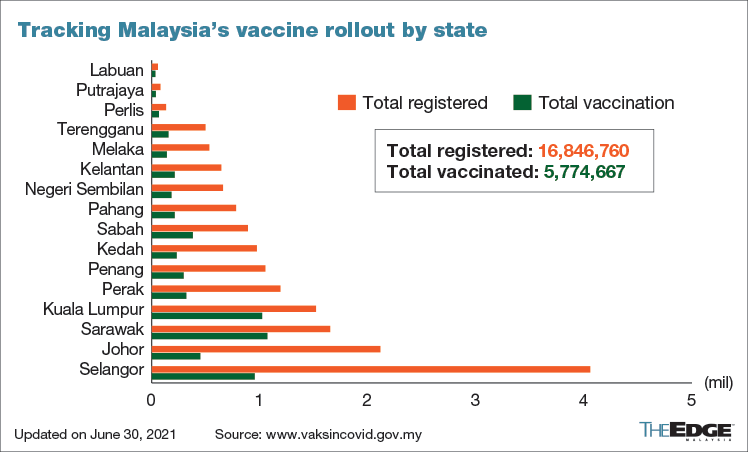 As of yesterday, Kuala Lumpur recorded 1.02 million individuals having received at least their first dose, representing 57.6% of its population.

Kuala Lumpur is the second territory after Sarawak that breached the one-million mark in terms of the cumulative number of first doses administered.

Sarawak had inoculated 1.07 million individuals or 38% of its population as of yesterday.

On the other hand, the country’s new Covid-19 cases remained above the 6,000-level, with 6,276 cases yesterday, of which 2,836 infections came from Selangor and 644 from Negeri Sembilan.

The latest confirmed cases were detected from the testing of 83,521 people across the country, representing a positivity rate of 7.51%.

There were 62 deaths reported, raising the tally of fatalities linked to the coronavirus to 5,170.

Meanwhile, the number of patients in intensive care units remained at 905, of whom 452 needed ventilators to breathe.