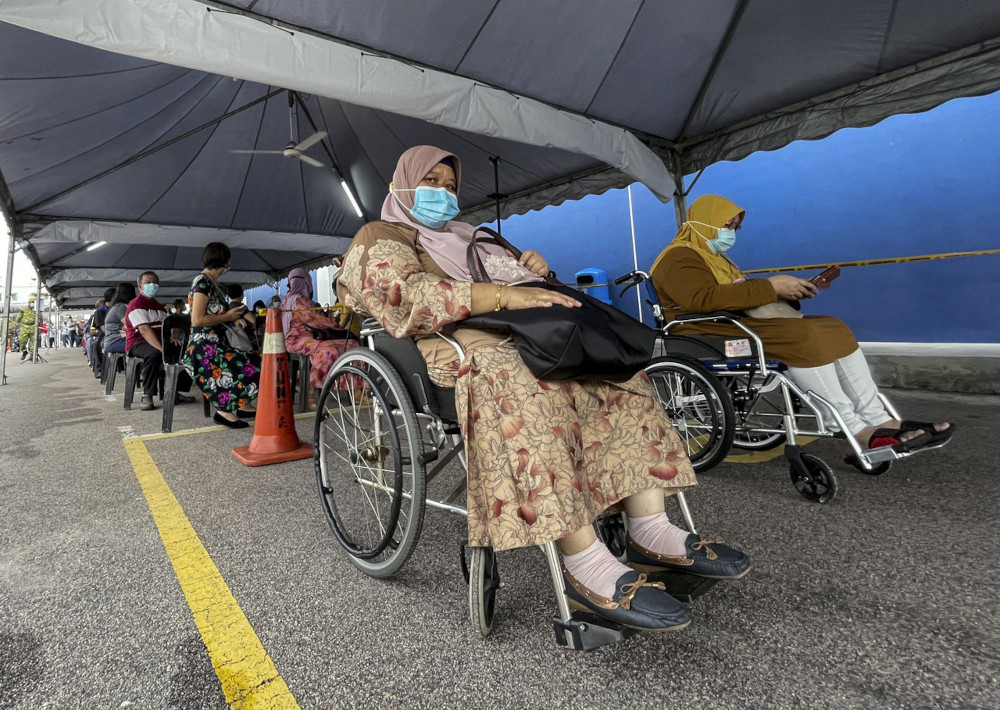 JOHOR BARU, July 1 ― Johor Pakatan Harapan (PH) called on the Perikatan Nasional (PN) federal government to speed up the vaccination process in the state, as it was a very important step to reopen and boost the Johor’s economic sector that has been severely affected by the pandemic.

The coalition said such a move can also fast track the process of opening the Singapore-Johor border, which will benefit local workers, including the national economy.

In a statement, Johor PH said the federal government needs to provide a comprehensive explanation on the lack of vaccine supply in the state.

“The shortage of vaccine supply in Johor is very disappointing and it should not happen when Putrajaya is implementing the National Recovery Plan.

“This has also affected Johor’s plans to ensure that at least 80 per cent of the state’s population are vaccinated to achieve the herd immunity target by the end of October this year,” read the statement jointly issued by Johor Opposition leader and state PH chief Aminolhuda Hassan, who is also the state’s Parti Amanah Negara (Amanah) chapter chief, his PKR and DAP counterparts Syed Ibrahim Syed Noh and Liew Chin Tong respectively.

The statement came in response to the number of vaccine registrations in Johor that had increased to 2.1 million people or 77.5 per cent of the state’s population.

However, data from the Special Committee on Ensuring Access to Covid-19 Supply (JKJAV) showed that only 443,421 people in Johor or 11.7 per cent have received the first dose injection as of June 29.

“There are still many Johor residents who have not received their first dose of vaccine,” said the statement.

Johor PH said that on June 28, the number of vaccine receptions in Johor had dropped sharply to 8,633 doses per day, making it the lowest in the past 14 days.

“Based on the significant shortage of vaccine supply and the average number of Johor residents vaccinated at 18,000 people/dose per day, Johor’s target to achieve herd immunity by the end of October will be impossible to achieve.

“Even if a projection is made based on this fact, Johor’s herd immunity can only be achieved by May next year. This situation is very worrying,” said the statement.

Johor PH said both the federal and state governments need to explain why the vaccination rate in Johor is declining even though the state has the second largest population in Malaysia after Selangor as well as being an important contributor to the national economy.

“As expressed by Johor’s Ruler Sultan Ibrahim Sultan Iskandar, the federal and state governments need to be more proactive in overcoming the problem of vaccine supply and also increase the immunisation rate in the state.

“The state government needs to formulate a strategic plan to increase vaccination rates in Johor, especially with an allocation of RM40 million to purchase additional vaccines from Singapore.

“With that, the state can provide an additional 20,000 vaccine injections a day to its people through 35 vaccination centres (PPV) throughout the state as shown on the official JKJAV portal,” read the statement.

Johor PH added that the state government should also identify important target groups such as workers and industries who are vulnerable to Covid-19 infection for them to receive the vaccine earlier.

“It is also important for the state government to conduct continuous large-scale screenings so that the spread of the epidemic can be tackled earlier,” said the statement