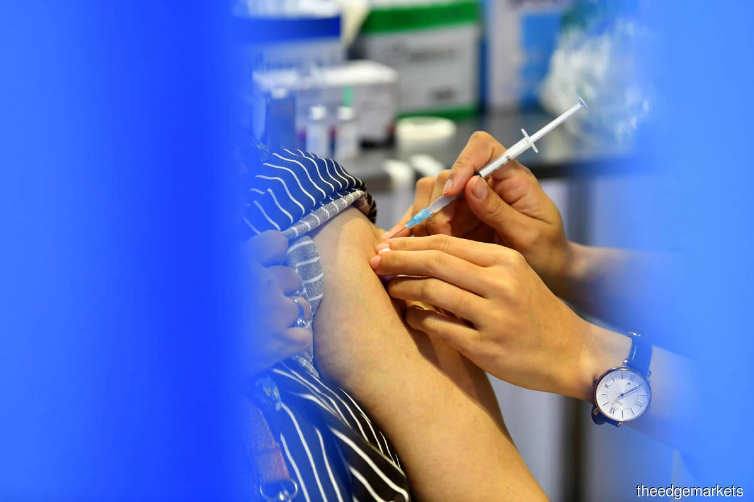 According to the latest tweets by the Special Committee for Ensuring Access to Covid-19 Vaccine Supply (JKJAV), citing data from the Covid-19 Immunisation Task Force (CITF), 147,783 individuals received their first doses, while 83,950 persons got their second doses yesterday.

However, the seven-day moving average of Covid-19 vaccination in Malaysia continued to decline to 217,598 doses from 220,283 doses the day before. It is worth noting that the government plans to administer 300,000 doses per day from July and 400,000 per day in August.

In total, 7.82 million Covid-19 vaccine doses had been administered across the nation as of yesterday, comprising 5.61 million first doses and 2.21 million second doses, according to JKJAV.

So far, 17.2% of the Malaysian population had received at least one dose, while 6.8% were fully vaccinated.

Sarawak first state to jab over one million people

Among the states and federal territories, Sarawak was the first to vaccinate over one million of its citizens with the first dose, inoculating 1.03 million individuals — or 36.6% of its population — as of yesterday. 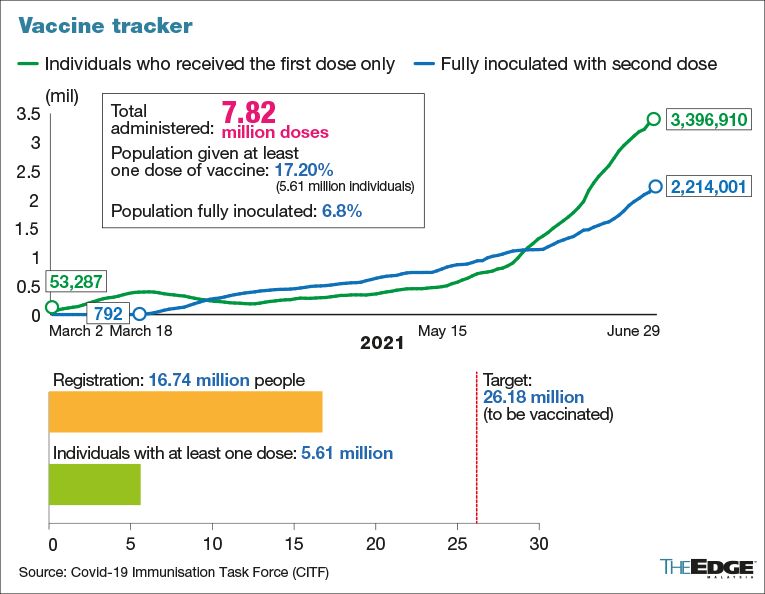 Following closely behind, Kuala Lumpur ranked second in terms of the cumulative number of first doses administered at 988,698, or 55.7% of its population, followed by Selangor with 914,648 individuals or 14% of its population. 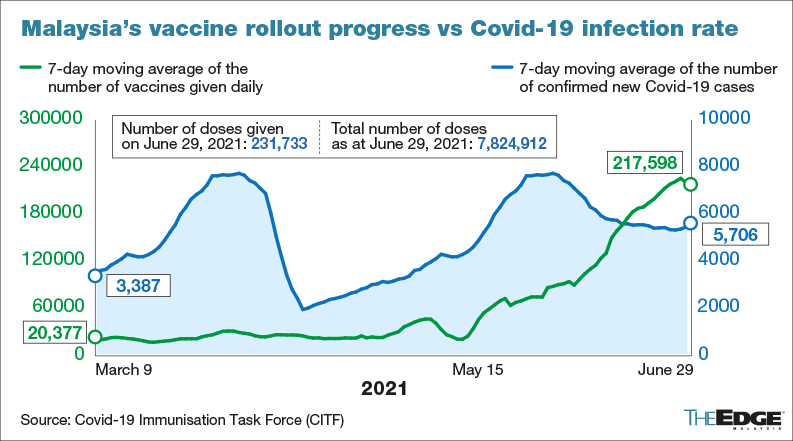 The latest cases were detected after testing 68,052 people across the country, representing a positivity rate of 9.46%.

There were 107 deaths linked to the coronavirus yesterday as daily fatalities remained in the double digits for the 13th straight day. This brought the national death toll to 5,108 from just 2,867 as of June 1.

Active cases showed an upward trend for the fourth consecutive day to 62,844 as the number of patients in intensive care units (ICUs) climbed to 905 from 899 a day ago, with 455 requiring ventilators for breathing assistance.