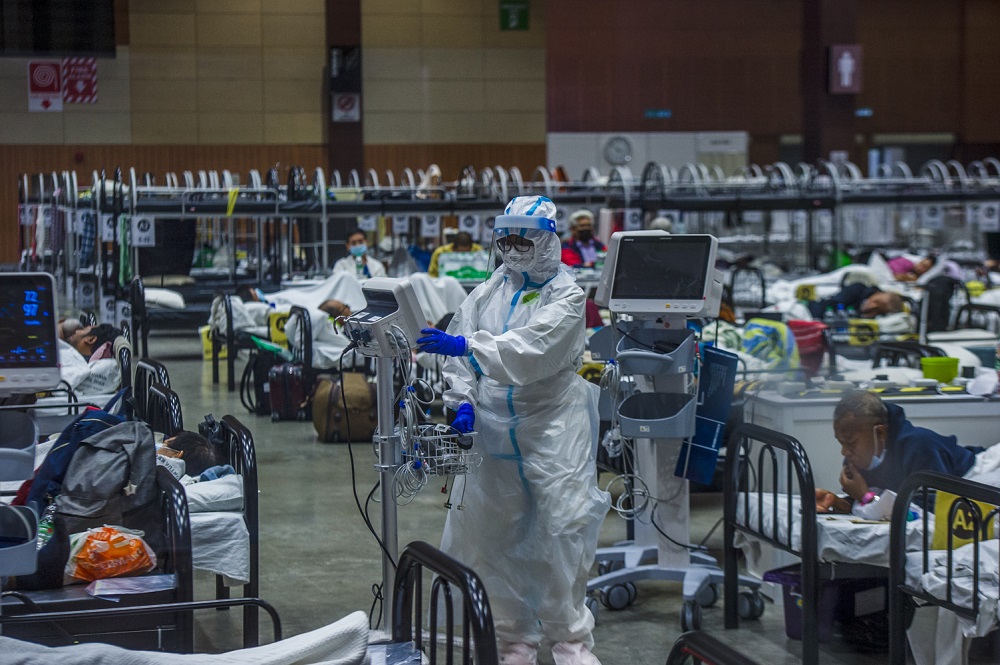 KUCHING (June 29): Sarawak has recorded two deaths and 242 new cases due to Covid-19 today, the first time it dropped below 300 since April 10, said the Sarawak Disaster Management Committee (SDMC).

In a statement, the committee said the two deaths were reported in Sarikei and Miri, where one of the deceased’s body was brought to Sarikei Hospital.

“A 92-year-old man from Sarikei had succumbed to Covid-19 and his body was brought to Sarikei Hospital. He was tested positive on June 24 and he got infected due to Simpang Koko Cluster in Sarikei.”

It said the deceased suffered from comorbidities of high blood pressure and dyslipidaemia.

The second death was reported at Miri Hospital, involving a 65-year-old woman from Miri and she was tested positive on June 7. The committee said the deceased also suffered from high blood pressure and diabetes.

Meanwhile, the committee said 55.78 per cent of the 135 of the new cases reported today were concentrated in Kuching, Sibu, Bintulu, Miri and Mukah districts.

The committee said the state had reported a cumulative cases of 64,475 and a death toll of 408 due to the pandemic.

“From the 242 new cases reported today, 30 of them had exhibited symptoms associated with Covid-19 during the screening process.”

The committee a majority or 191 new cases were detected today when the patients were undergoing quarantine order.

“A total of 155 cases were detected for being close contact to previously tested positive patients and six of them were symptomatic.”

It said another 36 positive cases were detected from existing Covid-19 clusters and five of them were exhibiting symptoms.

Meanwhile, the committee said the state had reported 608 new recoveries today and they were discharged from hospitals.

“The latest recoveries had brought the cumulative recovered cases in the state to 53,746 or 83.36 per cent of overall positive cases in the state.”
The committee said a total of 10,171 patients were still receiving treatments in hospitals and PKRC throughout the state.

It added that 94 patients were being treated in intensive care units and 39 of them required intubation.

Moreover, the committee said a total of 266 person-under-surveillance (PUS) had registered to be quarantined in the state today, bringing the total number of people currently being isolated in 103 quarantine centres in the state to 5,222.

On a separate note, it said the Ministry of Domestic Trade and Consumer Affairs had carried out 235 inspections today and 56 compounds were issued since May 13 this year.