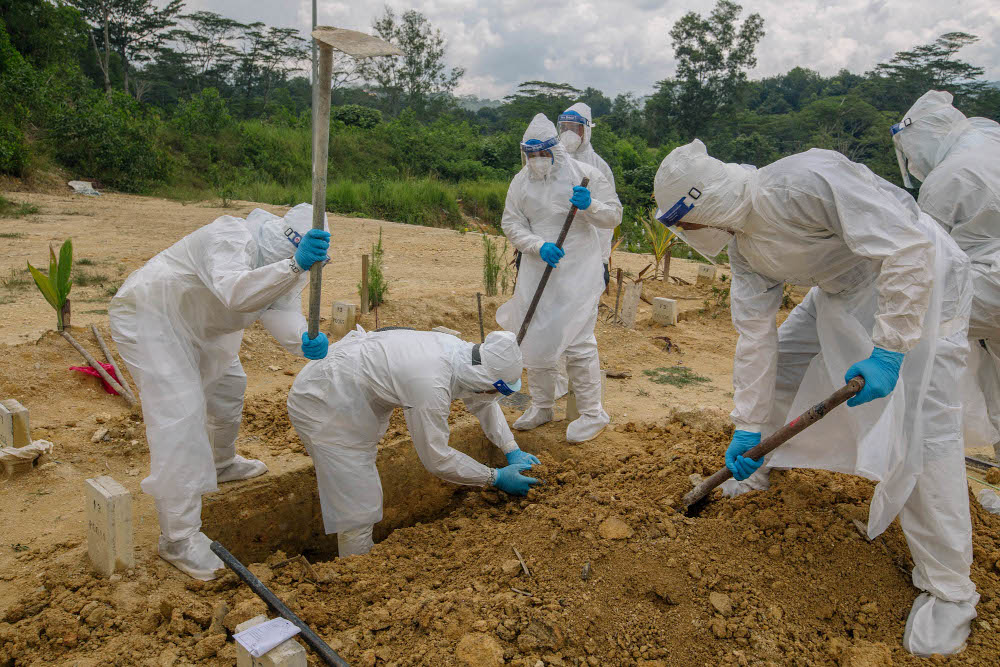 KUALA LUMPUR, June 29 — Malaysia added another 107 deaths from Covid-19 today bringing the total number of deaths to 5,108 as of today.

Health Director-General Tan Sri Dr Noor Hisham Abdullah tweeted that there was also 905 individuals in the intensive care unit with 455 of them in need of the ventilator.

Out of the total number of deaths, 99 were Malaysians.

This is the fifth time in June that death cases have gone above 100.

The record so far is still on June 2, when 126 deaths were recorded. The death tally fell to 103 the next day, but rose to 109 on June 5. The last three-digit death count before today was recorded on June 15 when Covid-19 claimed 101 lives.

He gave the breakdown for the other states as follows: Johor (six); Sabah, Kelantan and Labuan (four each); Pahang and Sarawak (two); Terengganu and Kuala Lumpur (one each).

The oldest death was a 92-year-old man in Sarawak whose body was taken to Hospital Sarikei. He had a history of high blood pressure and dyslipidemia, a condition of abnormal levels of bad cholesterol and excess lipids or fats in the body.

The youngest was a 34-year-old man ho died at Hospital Sultan Abdul Halim in Sungai Petani, Kedah. He had a history of diabetes.

From the total number of deaths today 59 were aged 60 and above; the remaining 16 were those below the age of 50. 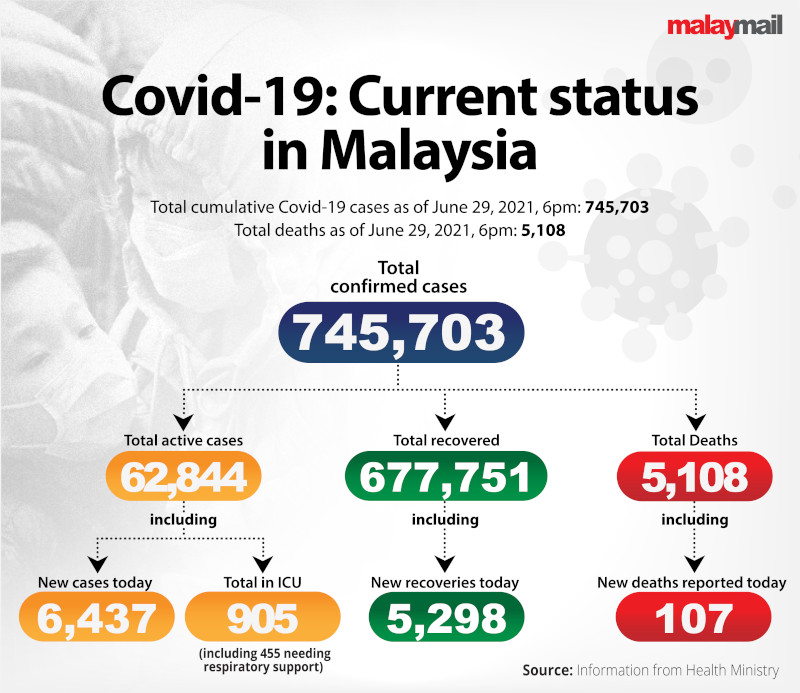