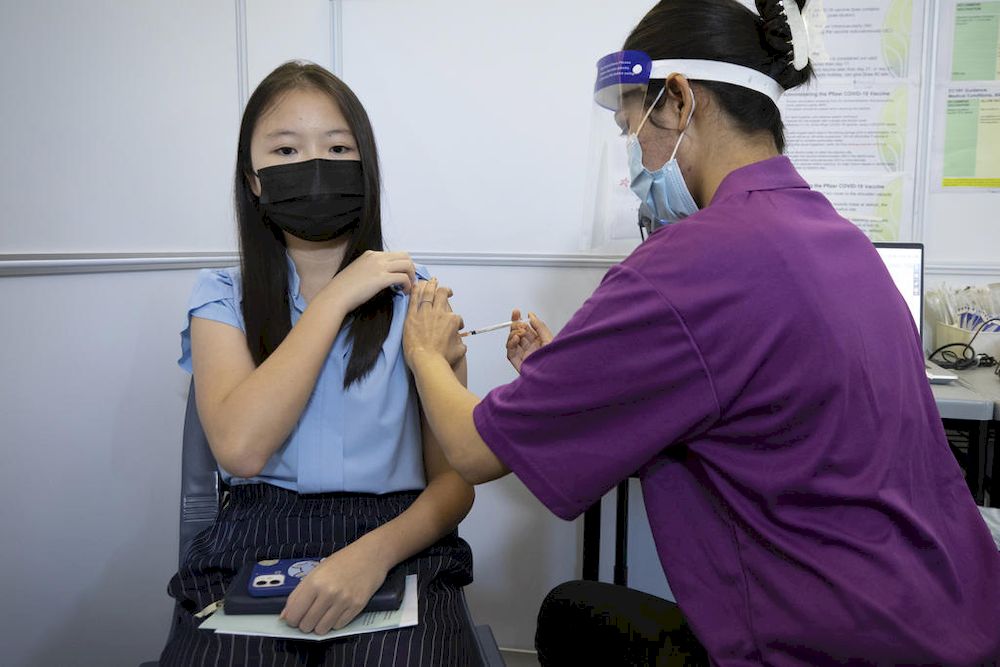 SINGAPORE, June 28 — The expert committee on Covid-19 vaccination has reiterated its stance that the benefits of receiving messenger ribonucleic acid (mRNA) Covid-19 vaccines continue to outweigh the risks of vaccination, in response to another open letter from a group of doctors, this time calling for vaccination of youths to be halted.

The doctors had made the call in an open letter on social media, following reports of the United States Centres for Diseases Control and Prevention’s (CDC) investigations into the death of a 13-year-old boy after being vaccinated with the second dose of an mRNA vaccine. The CDC is the US’ national public health agency.

The expert committee said it was aware of the letter, which it noted has been attributed to group of doctors, including one cardiologist.

“The social media post indicated that the 13-year-old male from the US had died from heart failure, although no cause of death has been made public and the case is currently under investigation by the US authorities,” the committee said.

“The post also highlighted the recent international reports of the association between myocarditis and dose 2 of the mRNA vaccines in young men.”

Both the Pfizer-BioNTech and Moderna vaccines approved for Singapore’s vaccination programme use mRNA technology.

The committee had on June 11 highlighted the possibility of a “small risk” of myocarditis and pericarditis associated with the second dose of the mRNA vaccines.

It had also assessed that the benefits of receiving the mRNA vaccines continue to outweigh the risks of vaccination.

“Data on myocarditis and pericarditis has not changed since, and the expert committee’s assessment remains the same,” the committee said.

“The data reported from the US indicates that the cases of myocarditis following mRNA vaccinations are rare.

“In addition, among the small number of cases, almost all had resolved with minimal medical intervention. Professional medical associations in the US, including the American College of Paediatrics and the American Heart Association in the US, have continued to strongly encourage vaccination in everyone aged 12 and older.”

The committee said it continues to recommend the use of mRNA vaccines for young men.

“However, as a precaution, we also recommend that vaccinated persons, in particular adolescents and younger men, should avoid strenuous physical activity for one week after their second dose,” said the committee, which issued the same advice on June 11.

The letter from the doctors were signed by a group of five: Dr Wong Wui Min, Dr A M Chia, Dr L W Ping, Dr I W Yang and Dr Kho Kwang Po, a cardiologist and heart specialist.

Dr Chia and Dr Yang were among a group of doctors that on June 4 lodged a petition urging the Government to include Sinovac in the national vaccination programme.

The duo along with Dr Kho were also part of a group that in May wrote an open letter to parents asking them to think through carefully before choosing to inoculate their children against Covid-19. All but one of the 12 doctors who signed the letter later retracted their signatures.

A separate circulated WhatsApp message by Dr Gabriel Oon, who led Singapore’s hepatitis B vaccination project in the 1970s and 1980s, said that mRNA vaccines are ineffective against the B1617 variant that was first detected in India. — TODAY