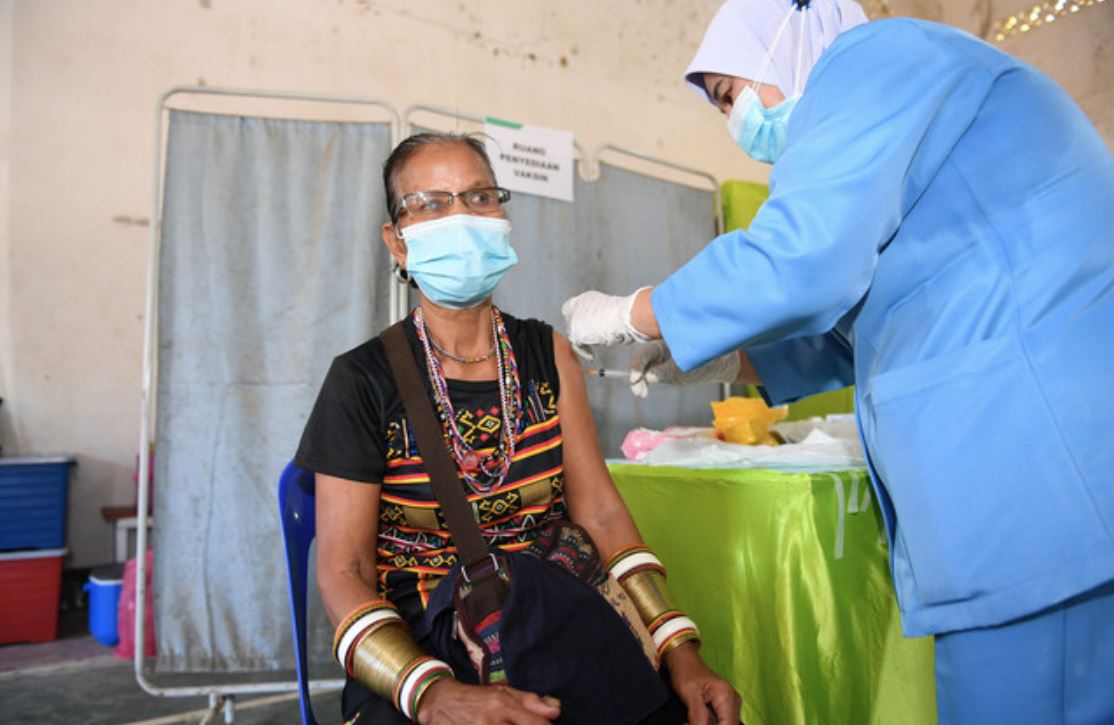 KOTA KINABALU: An economist says Sabah should follow the nationwide movement control order (MCO 3.0) or lockdown if it is extended this week despite the state showing a drop in Covid-19 cases in recent days.

Universiti Malaysia Sabah’s (UMS) James Alin pointed out that if the state decided not to follow the lockdown and subsequently opened up more sectors, this could set the state back should the pace of vaccination remain as slow as it is now.

“It’s actually good to follow (the lockdown) because our vaccination rate is far from satisfactory, not even 10% of the population have been immunised (as of June 25),” he told FMT.

“So maintaining the lockdown for another two weeks would be the best option to take. The state government can then consider opening up a bit but the vaccination process needs to be faster.”

The nationwide lockdown, which began from June 1 to June 14, was extended for a further two weeks and is scheduled to end tomorrow (June 28).

Alin acknowledged that people, particularly in the business sector, would prefer more freedom to run their activities but doing so would be more costly for the economy in the long run.

“Yes, we will suffer economically but if the state government is not doing anything about the shortage of vaccines in Sabah, then there is no point in reopening more sectors because we eventually will see an increase in cases and we’ll be back to square one.

“Sabah is already doing okay on the first two of the three key indicators – the average number of daily cases and the state of the health system – but we are not performing on the third and most urgent, which is vaccination.”

Alin said the state government should purchase vaccines on its own because it has the spending power to do so and run its own inoculation exercise concurrently with the National Covid-19 Immunisation Programme.

“The state has many GLCs, so use them to import the vaccines. Also, our politicians and legislators must take a more proactive initiative,” he said.

But regardless whether it does the same come Monday, the state must nonetheless push for a more proactive and expansive health programme as well as its own economic recovery plan.

The lockdown might be a necessary evil to curb infections, he said, but prolonging it without an exit or recovery plan may not be a smart move.

“Whether we follow the MCO or go into a conditional MCO, the Sabah government needs to come out with their own recovery plan.

“And besides being key to achieving herd immunity, a high vaccination rate is also one of the important factors in that recovery plan.

“So when we get this herd immunity, we can then reopen our economy with fewer restrictions,” Firdausi added.

Business groups not in favour of MCO extension in Sabah

Sabah Small and Medium Enterprise (SME) Association president Foo Ngee Kee disagreed with a lockdown extension in Sabah, saying the high infection rate in the peninsula shouldn’t be used as a yardstick to further restrict business activities in the state.

“Whatever the number of cases in Peninsular Malaysia, it does not affect us that much if we control Sabah’s borders, as we are doing currently, with anyone coming into Sabah having to observe a 14-day quarantine,” he told FMT.

“After one month, the Sabah government should allow more economic sectors to operate under strict SOPs. Businesses have suffered high losses since the MCO 3.0 came into effect.

“The present regulations during this MCO can be maintained for the sectors that are allowed to reopen,” he said.

Foo also said the government should only target to impose enhanced MCO (EMCO) on areas with high infectivity rates as this has proven to be effective in controlling the daily cases.

He said this is because the measurables are more strict on saving lives based on the three key indicators but are lost on propping up livelihoods.

“Phase 1 (of the NRP) imposed almost one month ago has been harsh on the economy, albeit a necessary move to curb the seemingly runaway pandemic.

“To continue limiting any sector of the economy from operating, be it related or not to essential sectors will see a domino effect that eventually affects everyone within the ecosystem, as aggregate demand and supply will be skewed.

“As such, SEA believes that instead of waiting for Phase 2’s measurables to be met and implemented, which by then will still be too restrictive as only a few more industries are allowed to open, the state government should adapt the plan to suit Sabah’s context.

“Initiate ‘Phase 1.5’ after June 28 where all businesses are allowed to open, but with strict SOPs to be abided by and enforced without recourse by authorities,” Yap said.