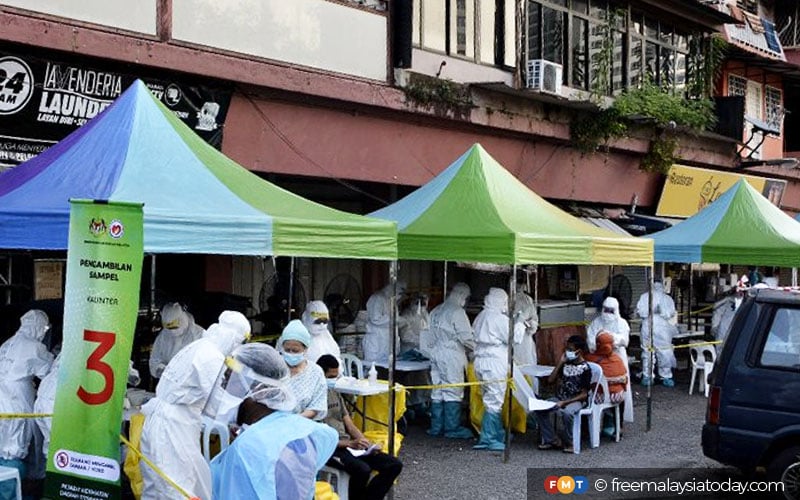 Speaking to FMT, he said it was important to detect infections early so that people with Covid-19 could be quickly isolated.

He said the high rate of infection in Selangor suggested that there were many people with Covid-19 in the community who had not been detected yet. This meant the state needed to increase its rate of testing, and could therefore use more help from the federal government.

Subramaniam also said other states should have screening programmes similar to that of Selangor.

“The presence of sporadic cases means that the health ministry is not able to identify the sources,” he said. “If most cases are sporadic, it suggests that there are more people with the disease in the community who have not been detected yet. This means contact tracing has failed.”

Lee also said mass screening must be targeted and should be done for high-risk populations and at locations linked to community transmissions.

It was recently reported that sporadic Covid-19 cases were on the rise in the Klang Valley although daily infection rates have been dropping steadily.

Health director-general Dr Noor Hisham Abdullah said 69% of the 578,105 Covid-19 infections recorded between the beginning of the year and June 19 were sporadic cases.