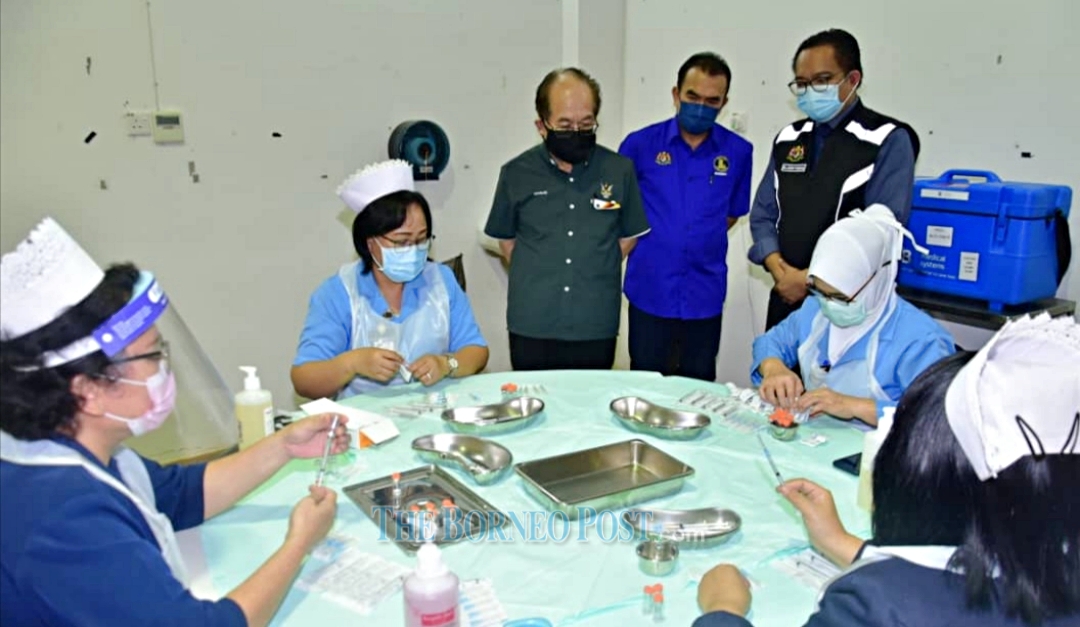 Uggah, who is also Sarawak Disaster Management Committee (SDMC) chairman, said these figures comprised both those who had received their first dose and completed two doses of vaccination.

He revealed that as of Tuesday, a total of 54,746 doses had been administered in the state.

“I would like to place our deep appreciation and gratitude to all the frontliners and all those involved.

“Some have to work double shift per day in this, which is the biggest health operation in the history of the nation,” he said in a statement yesterday following his visit to a vaccination centre (PPV) at the Spaoh Community Hall.

Uggah also mentioned that Sarawak had laid the foundation for its vaccination programme a few months ago.

“Thus we are able to move fast and efficiently in giving out the vaccines, among the highest number of vaccinations in the country.”

Chief Minister Datuk Patinggi Abang Johari Tun Openg on June 17 had said Sarawak aimed to accelerate the pace of its vaccination programme by administering 50,000 doses of the Covid-19 vaccine daily.

He said this would contribute towards achieving the target of vaccinating at least 80 per cent of the state’s population in order to achieve herd immunity by August.

This is to ensure that the state achieves its target of inoculating 2.2 million people by the end of August.