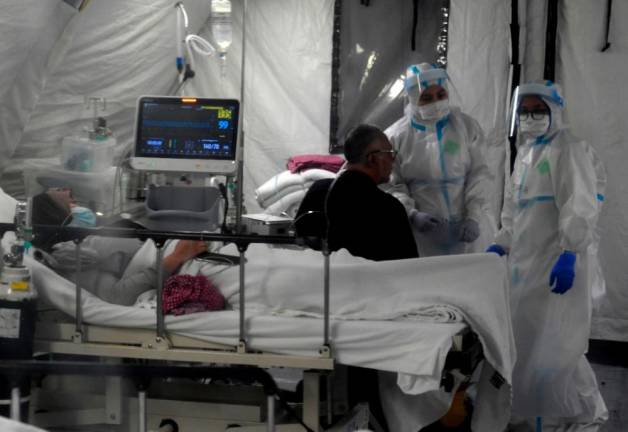 PETALING JAYA: The Covid-19 pandemic has shown up several shortcomings in the Malaysian healthcare system but health experts agree this is to be expected.

Public health expert Dr Victor Hoe pointed out that the world has never faced a crisis of such proportions, and most other countries are similarly struggling to address the situation.

Hoe, who is with Universiti Malaya, said the government has actually done commendably well until the pandemic went out of control.

He was commenting on a statement by Thomson Hospital Kota Damansara chief executive officer Wan Nadiah Wan Mohd Abdullah Yaakob highlighting what she referred to as “flaws” in the healthcare system.

Hoe said the shortage of PPE is “simply a factor of the manufacturing system”, which is based on supply and demand.

Apart from that, he said there had not been a huge demand for the N95 mask or the more sophisticated PAPR (powered air purifying respirator) before the pandemic began.

Hoe agreed with Wan Nadiah’s assessment that there was also a shortage of healthcare workers to man health facilities such as hospital wards and intensive care units (ICU). However, he said even until the third wave there were enough beds in hospitals and ICU, thanks to good implementation by the Health Ministry.

He said the setting up of a quarantine centre at the Malaysia Agro Exposition Park in Serdang was also a good move. “It was able to cater to the needs of not just the central region but also those from Negri Sembilan, Pahang, Terengganu, Perak, Malacca and Johor.”

Hoe said the Malaysian healthcare system only came under duress during the fourth wave, and among the reasons was the entry of variants that are not only more virulent but also more resistant to vaccines. These included strains from South Africa, the United Kingdom and India. “It is difficult for any country, even high-income nations, to plan for such an eventuality.”

Hoe noted that there had been proposals previously to create a unified healthcare funding system (combining both public and private) for the benefit of all Malaysians.

He said Cabinet papers had even been prepared but it failed due to the lack of political will. Epidemiology and public health medicine expert Dr Sanjay Rampal, also from Universiti Malaya, agreed with Wan Nadiah’s assessment that the public healthcare system may not have the reserve capacity to deal with a full-fledged pandemic.

He said the long-term strategy in dealing with pandemics is to increase the capacity of preventative public health services.

“The fact that there is still room for our healthcare system to evolve highlights the
need for better integration of care between
the government and private healthcare organisations,” he told theSun.

Sanjay said the country also needs a more integrated disease preparation plan led by the Health Ministry. “Focusing on enforcement of rules and harsh punishment for violators, instead of compassionate health promotional initiatives only perpetuates the gap.