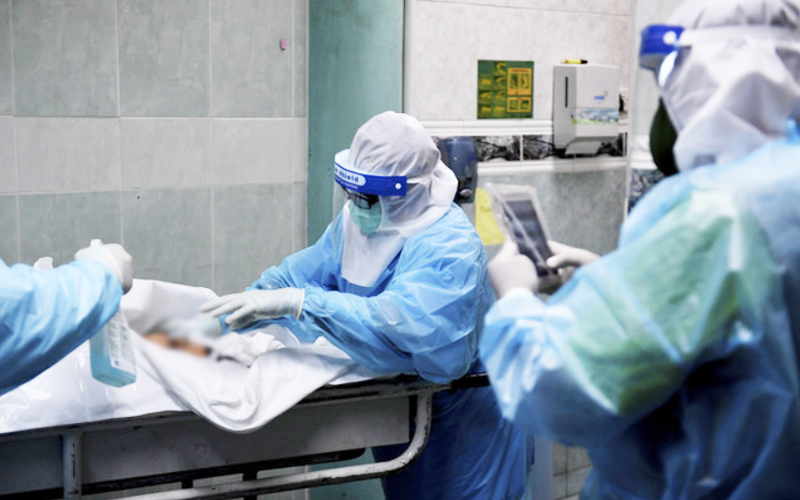 PETALING JAYA: When Ernest Toh went to claim the body of his mother who succumbed to Covid-19 in May, he wasn’t sure what to do.

It was the “big question” for which even the nurses and doctors at the high dependency ward had no answers.

So Toh called the various departments at the Selayang Hospital before he was told that her remains – as with all those who died because of the virus – had been transferred to the forensics department, managed by the health ministry.

At the forensic department, which Toh described as “bleak place manned by two overworked individuals”, he had to sign a burial permit, which is needed by the undertaker.

The next morning, Toh was issued a discharge note to indicate that the remains had been released to him or, in this case, the undertaker.

Next, Toh, a digital solutions consultant, had to endure the daunting task of identifying his late mother.

“But I couldn’t take it on seeing my mother before she passed away and if I were to see her lifeless body, I wouldn’t be able to handle it,” he told FMT.

Toh passed the task to two employees of a funeral parlour who, after suiting up in PPE (personal protective equipment), snapped a picture and sent it to him. He identified his late mother by a scar near her hairline.

Then the body was placed in a coffin and transported to the crematorium.

Toh says the SOPs at the crematoriums are very strict, with sessions to segregate those who die of Covid-19 from others.

The DBKL crematorium in Cheras, he said, has a special entrance for vehicles ferrying Covid-19 remains where a health ministry officer is stationed to receive the documents. The coffins are then placed on a conveyor belt to the incinerator.

“I was five minutes late but they couldn’t wait, as the coffins had to be immediately incinerated. They couldn’t delay as it would hold back the other coffins.”

Toh then attempted to claim the one-time RM5,000 grant to assist with the funerary costs of Covid-19 patients. The form is issued by the national disaster management agency.

The form is given upon request. To apply for it, one needs to have a copy of the death certificate, the Mykad of the applicant and a bank account.

But to get the hospital’s endorsement, another set of documents is required, including the burial permit, death certificate, his Mykad and his birth certificate to verify his relationship to his mother.

“I had to learn this the hard way,” he said.

Heaven Funeral Care director Richard D Ernest said managing a Covid-19 death was “more straightforward than a normal one” but still not easy.

Ernest, who has been in the business for about a decade, says extra precautions are needed in handling the remains of a Covid-19 patient.

The remains have to be wrapped and placed in a body bag, before being placed in a coffin, which is sealed with a special glue. The casket is then cling-wrapped.

The undertakers, he said, are then sanitised before they ferry the coffin to the crematorium.

Ernest, who handles two to three Covid-19-related deaths in a week, said the task is made difficult when working while dressed in PPE, which must be put on the moment they set foot at the hospital.

“When you’re inside the suit it is not easy. It is hot and sweaty and with two layers of mask, breathing is difficult. We can only remove it after the cremation is completed,” he said, adding that the cremation could take up to two hours.

Time is a factor when dealing with Covid-19 deaths mainly because the “bodies are piling up” as more people succumb to the virus, especially in recent weeks.

The forensic department, he said, needs to clear up more space as soon as possible.

If a death is reported in the wee hours of the morning, Ernest says, it would be cremated the same day. If it happens after noon, it will be held off until the next day, partly because the remains of Covid-19 victims can only be cremated at certain times.

He was also made to understand that only four crematoriums are allowed to handle these cases. They are the DBKL, MBPJ and Klang crematoriums and a well-known private facility.

Families who have lost their loved ones to Covid-19 are given little time to find closure. “The families don’t get to see the deceased and they are not given the opportunity to make peace,” he says.

Only two people are allowed at the forensic department to identify the body and even then are given only five minutes to do so.

In terms of cost, there is only a minimal difference, but he says grieving families pay for the casket, PPEs and the “risk taken in handling deaths related to an infectious disease”.