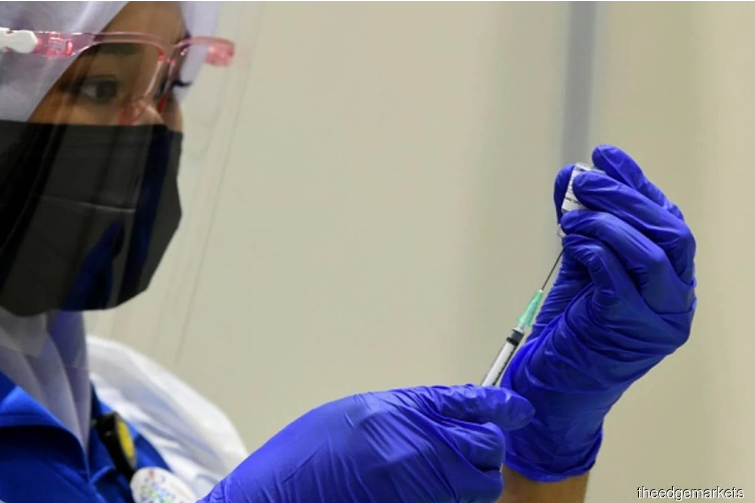 Arthur said Sabah still has one of the lowest rates of vaccine registrations in the country, which, among other things, is due to geographical factors such as road infrastructure and inefficient internet facilities in the state.

“However, manual registration exercise is being carried out in the interiors such as in Pensiangan, so that the people can be registered to receive the vaccines, apart from the mobile vaccination programme for the villagers.

“I was given the opportunity to present the issue and share some views with His Majesty, and this shows His Majesty’s concern for Malaysians in Sabah. His Majesty is deeply concerned about issues related to Covid-19 and how to deal with it, and the challenges of the vaccination programme in remote areas,” he said.

Arthur, who is also Deputy Minister in the Prime Minister’s Department (Economy) and MP for Pensiangan, said he also submitted his view on the current economic situation, including aspects of unemployment and gross domestic product, apart from the impact of the Covid-19 pandemic on the people in rural Sabah.

Meanwhile, Madius, who is also the MP for Tuaran, said he presented to His Majesty the need for the direct involvement of the state government machinery and the corporate sector to expedite the vaccination process in Sabah.

“Give the state government the opportunity to buy vaccines and run their own vaccination programme, as well as for the corporate sector who can afford it, such as GLCs (government-linked companies), so that they can purchase the vaccines and give them to their staff,” he said in an online press conference today.

Apart from that, he said the federal government should also speed up the approval process for more brands of vaccines in the country to enable more vaccine doses to be administered, as only Pfizer-BioNTech, AstraZeneca and Sinovac vaccines have been approved so far.

Madius said he also informed His Majesty of the need to set up a Parliamentary Special Committee to ensure that all MPs, including the Opposition, were given responsibilities in decision-making, as the fight against Covid-19 needed political stability.

“Give the Opposition leaders the opportunity to sit in the National Security Council, especially the more senior MPs, to share views on how to handle Covid-19 and also address various issues that arise, especially involving the people and the economy.

“Apart from that, the moratorium also needs to be re-implemented comprehensively, instead of targeted or conditional on bank loans to companies and individuals. Also, the provision of laptops (to students) needs to be accelerated, and broadband access expanded, especially in rural areas,” he said.