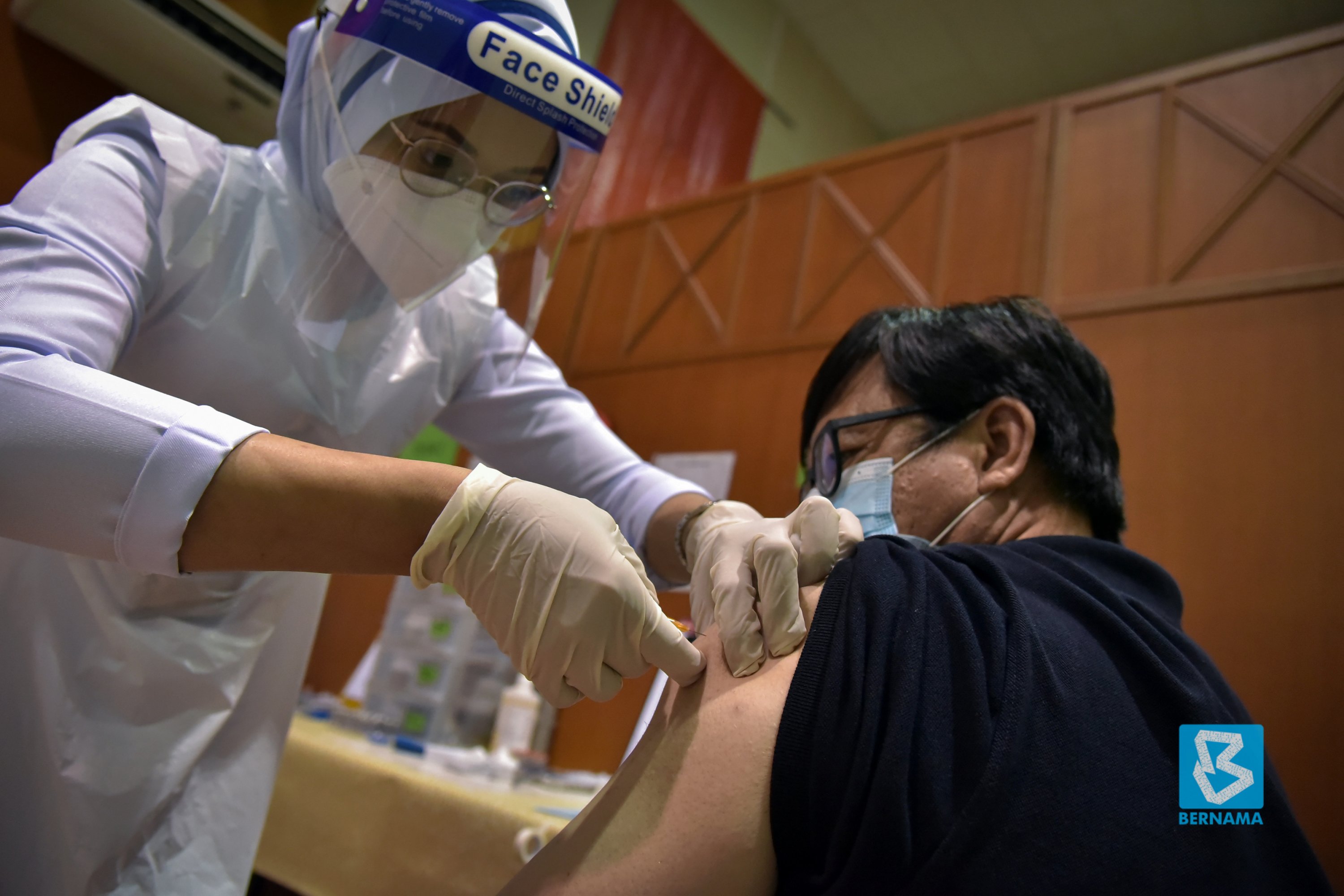 SOLS Health-Thrive WellResearch and Advocacy director, Dr Arman Rashid said we have to speak the same language as anti-vaxxers in reaching out to the wider society.

“Studies show those who believe in fake news online are more likely to be persuaded by influencers than experts, which means we need influencers to carry the scientific evidence even though they may not be experts themselves.

“Misinformation about vaccines from anti-vaxxers is not new but has gained momentum with their movement growing online and it is easy for some individuals to believe in fake news based on reading a blog or watching a video, which is why digital literacy is important amongst all age groups,” he said.

An actor as well as an influencer, Beto Kusyairy, 41, said Malaysians should pay attention to what the experts have to say regarding Covid-19, rather than forwarded texts on Whatsapp and Telegram, that are able to skew their perception towards the fatal virus.

We have experts in their respective fields. Doctors, religious scholars or muftis in Malaysia and around the world have recommended getting the vaccine.

“So who are they (antivaxxers) to go against these experts? You just have to think logically,” he said when contacted by Bernama.

Beto Kusyairy who has over 642,000 followers on Instagram and had taken his first dose of the AstraZeneca vaccine at Universiti Malaya vaccination centre (PPV) six days ago, was seen urging others to do so on his Instagram and Facebook accounts.

Takiyuddin said action could also be taken under other existing laws, including the Communications and Multimedia Act 1998, as well as the Emergency Ordinance 2021.

Meanwhile, Arman said in psychology terms, proclaiming vaccines as unsafe by ignoring scientific evidence has been termed as the ‘Dunning-Kruger’ effect and this happens when individuals overestimate what they know and underestimate what they don’t know, leading to strongly held views despite science saying otherwise.

“Research from a consortium of United States (US) universities found the Dunning-Kruger effect plays an important role in false information and propaganda against vaccinations,” he said adding that Prof David Dunning of Michigan University was the one who coined the term that warns about the harmful consequences of ignorance as this is a form of cognitive bias ignoring gaps in our knowledge and expertise.

In the case of social media, Arman said the Dunning-Kruger effect gets further amplified as isolated anti-vaxxers get a disproportionate voice online.

“They feel vindicated by ‘likes’ endorsing opinions lacking scientific evidence, which makes them more and more oblivious about their knowledge gaps,” he said.

Arman said in the age of self-proclaimed online experts, we see this effect more and more amongst anti-vaxxers as they not only overestimate themselves but also underestimate experts.

He said social media serves as a powerful tool for anti-vaxxers to project themselves as experts, particularly in an age when anyone can be a specialist online, which leads to self-proclaimed experts who lack any scientific expertise about vaccines, spreading misinformation.

“In most cases, anti-vaxxers seek to influence others as a form of validation and endorsement of their isolated views that they know have been predominantly rejected by mainstream society. They are often motivated by conspiracy theories, particularly about geopolitical powers and pharmaceutical companies,” said Arman.

Ruziana is in agreement with Dr Arman’s view that their distrust toward the vaccine is because they do not understand or doubt the science or ingredients in the vaccine.

She said the latest studies by Murphy et al. (2021) in the United Kingdom and Ireland, published in the leading journal ‘Nature’ found that those who rejected the Covid-19 vaccine received less information about the pandemic from authoritative sources.

“The distrust has increased because there is a law that requires children to be vaccinated to enable them to attend public schools.

“Unfortunately, the decision of this group of people not to vaccinate themselves or their children has contributed to the re-emergence of infectious diseases that have been or almost eradicated,” she said citing that measles was declared eliminated in 2002 but there was a resurgence in 2014. – Bernama