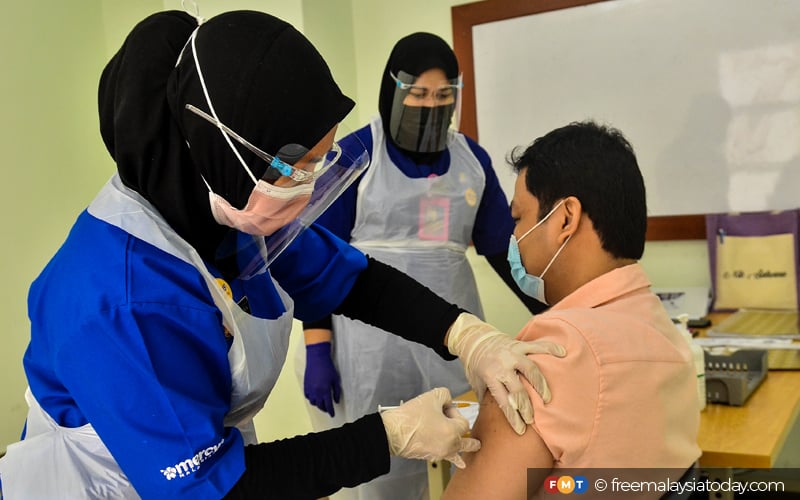 PETALING JAYA: A former minister has called for transparency about vaccine procurement agreements, saying openness would allay suspicion of supply being throttled to create a monopoly.

Zaid Ibrahim, a former minister for law, said Malaysia was struggling with the Covid-19 pandemic, having vaccinated only 4% of its population.

“Our government is clearly out of its depth,” he said.

“The lack of transparency over vaccine agreements gives rise to suspicion that supply is being throttled to create a monopoly and keep pricing unnaturally high. This is why the government needs to disclose details of the agreements entered into with manufacturers.”

“The World Health Organization (WHO) and world-leading regulatory bodies such as the Federal Drug Agency (FDA) and the European Medicines Agency (EMA) have already approved under emergency authorisation several vaccines, including those by Moderna, Sinopharm, and Johnson & Johnson.

“What added value will NPRA’s approval bring? Why is there a need to involve NPRA to further approve the balance of the brands when WHO has already approved them under emergency circumstances?”

Zaid said another condition was that the federal government will retain priority for vaccines currently used in the National Covid-19 Immunisation Programme.

Although he suspects this condition is to prevent the government having to compete for supplies of vaccines, he said it could also raise doubts among the people given the opaque nature of vaccine agreements.

He asked if states and the private sector will be allowed a free hand to negotiate and order vaccines directly from their manufacturers or whether they will need to do it through Pharmaniaga or any other intermediary.

“If all the brands of vaccines have been approved by NPRA, will the government approve the importation of the vaccines by private companies on a commercial basis?

“The government should not have a monopoly and control of the supply of these vaccines when the private sector can organise it on a commercial basis for those that are willing to pay.

“The government can then focus on its role to ensure the B40 and those who cannot afford to pay are vaccinated. By doing so, the vaccination rate can be improved tremendously,” he said.

Zaid also questioned why the government appears to be limiting itself to just the three vaccines under the national immunisation programme.

“If a more effective vaccine emerges and the private sector manages to secure its supply, is the government prepared to deprive itself, or will there be another U-turn?”

He said he was concerned about red tape which could drive up prices of vaccines procured by states and the private sector.

Putrajaya’s proposed conditions, he said, only cause more confusion. “We need to see a comprehensive plan in place, not a patchwork of confused thinking.”