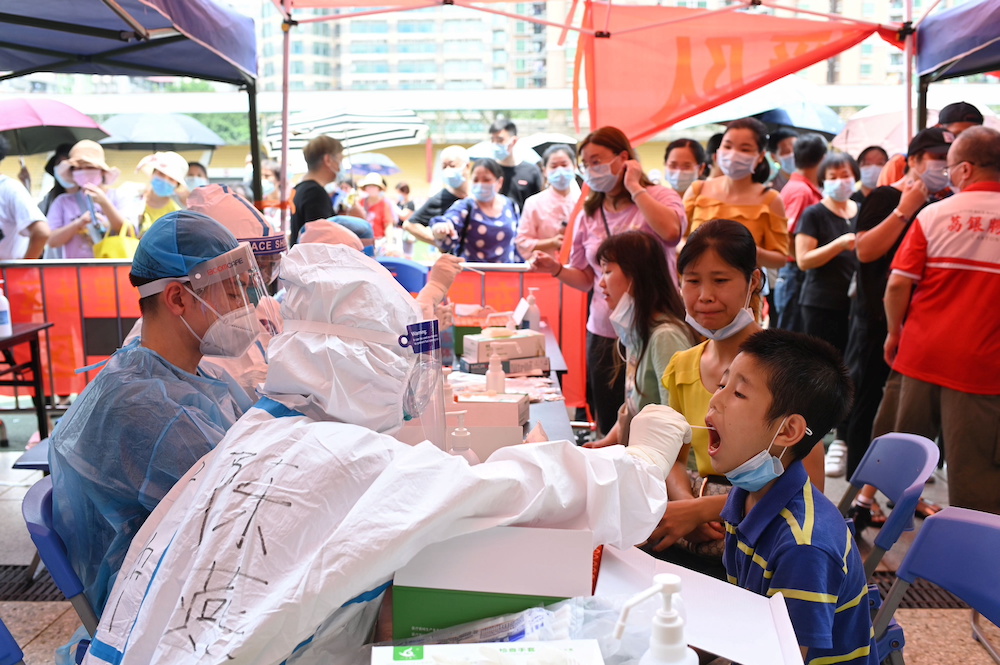 SHANGHAI, May 31 — China on Monday reported a sudden surge in Covid-19 infections in the country’s south, with 18 new local cases on May 30 in the city of Guangzhou, causing a flurry of flight cancellation.

Of the 27 new coronavirus cases reported by the national health authority in its daily updates, only seven infections were imported, with the remainder originating in Guangdong province.

Out of the 20 new locally confirmed patients on May 30, 18 were found in Guangzhou city and two in Foshan city, health authorities in Guangdong province said on Monday.

As of 11:40am, a total of 519 flights at Guangzhou Baiyun International Airport were cancelled, accounting for 37 per cent of total flights on Monday, according to aviation data provider Variflight.

Guangzhou Baiyun International Airport, which carried 43.8 million passengers last year, was the world’s busiest airport in the midst of a global pandemic.

People leaving the city from airports, train stations and shuttle bus stations need to show proof of a negative Covid-19 test within three days, unless they were transiting, the city said in a statement late on Sunday.

On Saturday, Guangzhou government ordered residents on five streets in the city’s Liwan district to remain at home and suspended non-essential activities, while entertainment venues and markets were closed.

Recent infections in the city were contracted with a fast-spreading virus strain detected in India according to genome sequencing results, Chen Bin, deputy director at the city’s municipal health commission, told a press conference on Sunday.

China also reported 19 new asymptomatic infections, which China does not classify as confirmed cases, on May 30, compared with 22 a day earlier.