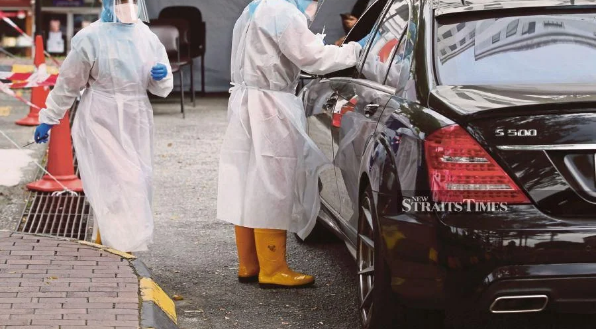 KUALA LUMPUR: Twelve new Covid-19 clusters have emerged in the past 24 hours, raising the total number of active clusters in the country to 358.

The workplace clusters are the Pondok Belaga cluster in Sarawak; the Kampung Batu Sembilan cluster in Selangor; the Tanjung Kupang construction site and the Jalan Raja Bukit Pasir clusters in Johor.

The Pondok Belaga cluster, which involves staff from a public administrative centre in Pekan Belaga, has so far reported nine positive cases out of the 255 individuals screened.

The Kampung Batu Sembilan cluster in Kuala Langat, Selangor, has gathered 52 positive cases to date after a targeted screening exercise was held for workers from a factory in the locality.

The Tanjung Kupang construction site cluster in Johor Bahru, involving workers from a construction company, has logged 44 positive cases as of noon today.

Similarly, the Jalan Raja Bukit Pasir cluster in Muar, which was detected after a targeted screening exercise at a factory, reported 151 positive cases today.

As for the community clusters, the Jalan Sebauh cluster in Bintulu, Sarawak reported the highest number of infections after 67 people were found to have contracted the virus through a targeted community screening on April 14.

The Jalan Arumugam Pillai cluster in Penang stemmed from a social event that was held in Bukit Mertajam, Seberang Perai Tengah, on April 17. The cluster has so far clocked 13 positive cases.

Regarding educational clusters, the Sungai Senibung cluster in Julau, Sarawak reported 14 positive cases as of today, out of the 290 people screened.

The cluster, which involves students from a school in the locality, logged its index case on April 21.

The Machang district in Kelantan, meanwhile, reported the Kampung Pangkal Chuit cluster that involves students from an educational institution.

The Jalan Impian Emas 17 religious cluster stemmed from a social gathering that was held on April 23 in Skudai, Johor Baru.

The cluster has so far logged seven new cases from the 125 people screened.

In Penang, the Kampung Selamat detention centre cluster has reported 22 infections to date after the index case tested positive during screening of symptomatic individuals.

Some 365 people have been screened so far under this cluster which involves staff and detainees of a rehabilitation centre in di Kampung Selamat, Tasek Gelugor, Seberang Perai Utara.