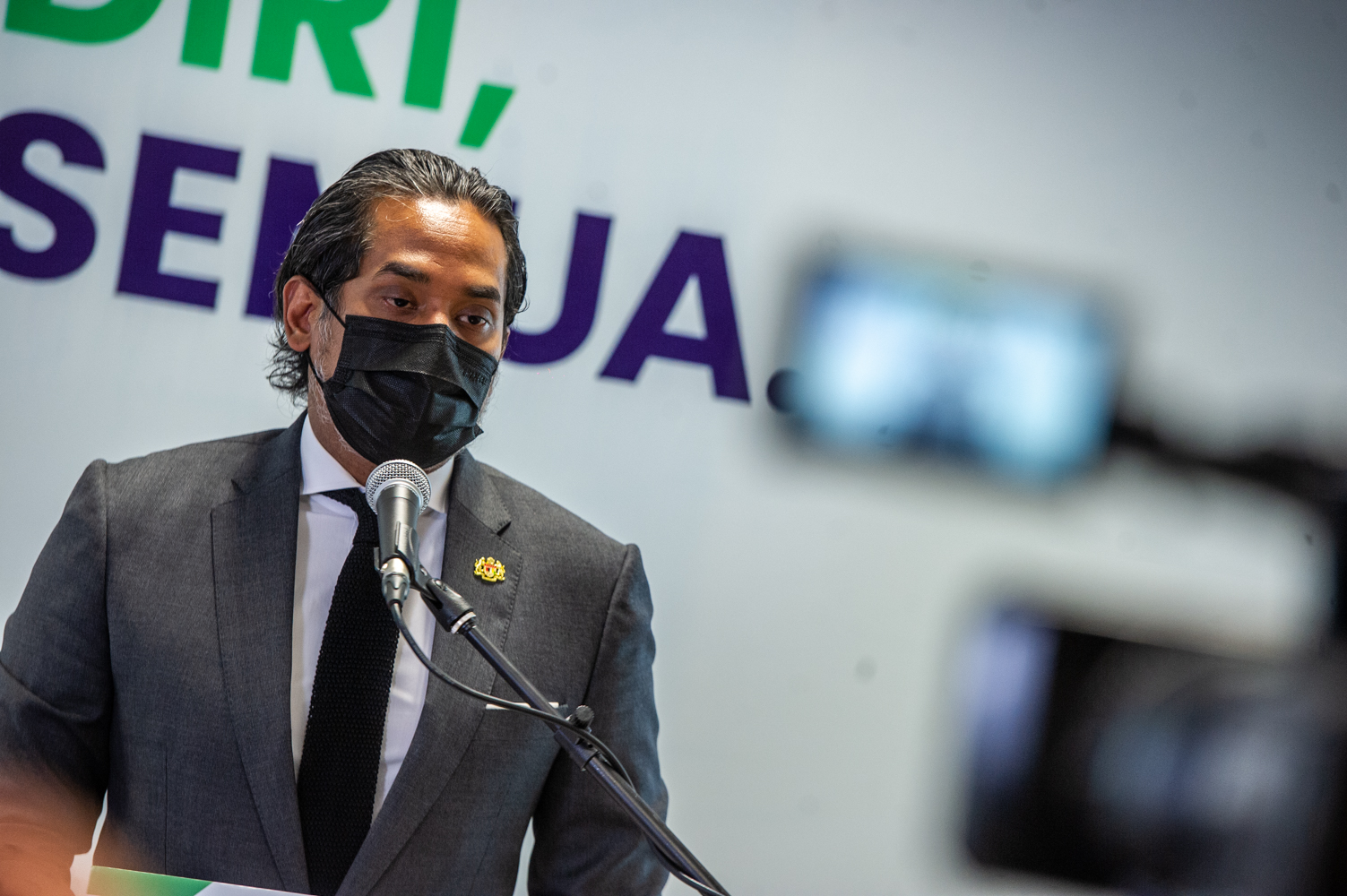 PUTRAJAYA, April 21 — Coordinating Minister for National Covid-19 Immunisation Programme Khairy Jamaluddin said he is always open to questions, criticisms and investigations over the implementation of the country’s biggest vaccination programme.

Referring to Opposition leader Datuk Seri Anwar Ibrahim’s demand that an independent investigation into the procurement of the vaccines be carried out under the auspices of Parliament, he said several  purchase contracts had already been fully disclosed to the Parliament’s Public Accounts Committee (PAC) on January 5.

“The delivery schedule and price paid were also revealed,” he said adding that among the PAC members who vetted through the vaccine procurement contract that day, was Permatang Pauh MP Nurul Izzah.

Khairy said an engagement session was also held with the opposition MPs on March 19, where he presented at length the implementation of the immunisation programme, but Anwar was not present at the session.

In a statement today Khairy said the claims that the Selangor state government had to wait a long time to get approval to procure the Covid-19 vaccine was not true as to date, he has not received any official application from the state government.

“I responded positively, but till today there is no official letter from the state government,” he said.

Anwar had among others claimed that the Selangor government “waited for months just to get the necessary approval to get two million vaccine doses for its people.”

Commenting further on the allegation made by Anwar, the science, technology and innovation minister said he had held several engagement sessions with Deputy Chief Minister Datuk Amar Douglas Unggah Embas where he had informed that the federal government’s supply was sufficient to meet the needs of the immunisation programme in Sarawak.

According to Khairy, Unggah had also applied for the state government to procure the vaccines and he had given a positive response on condition that the vaccine must be registered with the National Pharmaceutical Regulatory Agency (NPRA).

He said the type of vaccine the Sarawak government wanted had to be registered under the NPRA first as it is still in the evaluation process.

Meanwhile Khairy said the immunisation programme is being implemented according to phases as announced on February 14, taking into account the delivery schedule given by the supplier companies.

“I had explained earlier that according to the government’s projection our supply of vaccines should be stabilised from June onwards and this is in accordance with our planning where phase three has been scheduled to begin in June,” he said. — Bernama