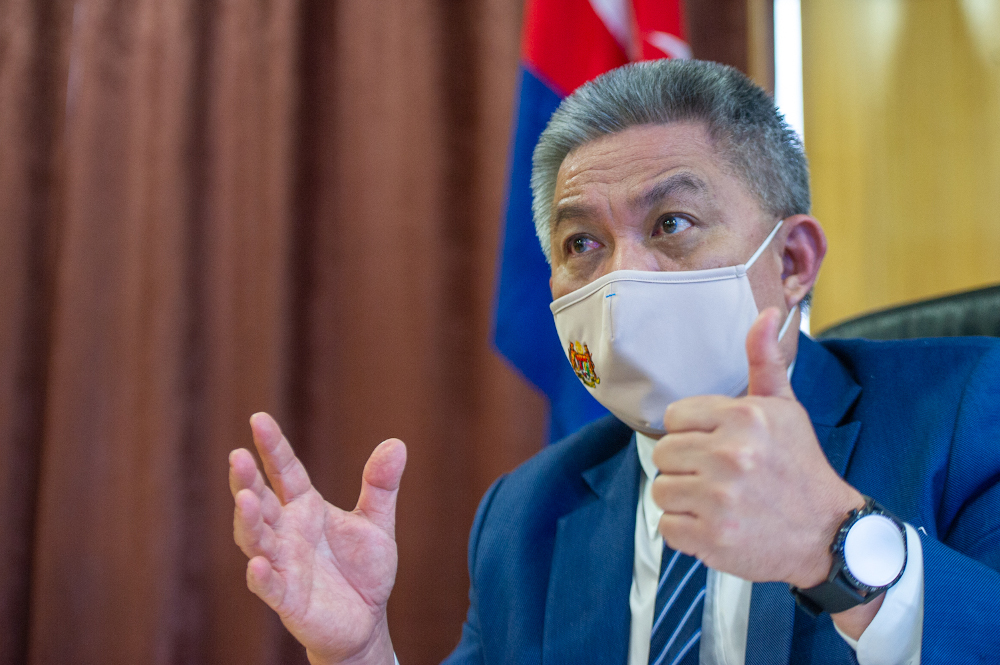 KUALA LUMPUR (April 21): Health Minister Datuk Seri Dr Adham Baba has denied that the government is monopolising the purchase of Covid-19 vaccines, which has resulted in Malaysia experiencing delays in supplies.

Utusan Malaysia reported him as saying that the problem was also not caused by the government’s refusal to involve the private sector, be bullied, or pushed around by the world’s major powers.

Dr Adham said the approach taken by Putrajaya is a “whole of government” approach in which representatives from the Foreign Ministry and Communications and Multimedia Ministry are present, alongside the Health Ministry, Science, Technology and Innovation Ministry and Covid-19 Vaccine Supply Access Guarantee Special Committee.

He added that the government has also never blocked any private companies from also getting the vaccines from any supplier.

“However, based on our discussions with vaccine producers and the information provided by them, nearly all of them can only supply to the government at this time.

“This is due to the very high demand worldwide for vaccines, whereas the manufacturing and production of vaccines is unable to fulfill said demands,” Dr Adham said in an interview with the Malay daily.

The minister said his ministry has been in early discussions since the start of the Covid-19 pandemic last year with vaccine producers for access to supplies as soon as they were officially marketed.

He emphasised the development of a vaccine must go through strict processes and procedures to ensure its quality, efficacy and safety standards as set by the World Health Organisation.

Yesterday, it was reported that the Malaysian Muslim Doctors Association (Perdim) had accused the government of monopolising the purchase of vaccines without involving the private sector, which has resulted in delays to the country’s vaccine shipments. — Malay Mail