KUCHING, April 14 — The Tembok Sri Aman and Jalan Puncak Borneo Clusters are among the main causes for the rise in Covid-19 positive cases in Sarawak today, with 76 and 47 new cases respectively.

The State Disaster Management Committee (JPBN) in a statement said Sarawak today recorded 489 new cases, bringing the cumulative number to 21,448 and five more deaths were reported, increasing the tally to 133.

It said the sources of the positive cases in the Jalan Puncak Borneo Cluster were close contacts who had been quarantined while in the Tembok Sri Aman Cluster, it was the second sample taken on the 10th day from the quarantined individual in that cluster.

“Both clusters occurring in the prison areas are under control and all necessary measures have been taken to curb the virus from spreading to the local community, while the other 51 positive cases reported today are from other active clusters,” it added.

Today, JPBN also declared the end of the Enhanced Movement Control Order (EMCO) in Kampung Binyu Lama, Kuching district, as the second round of screening tests done on the villagers found no new positive cases. — Bernama 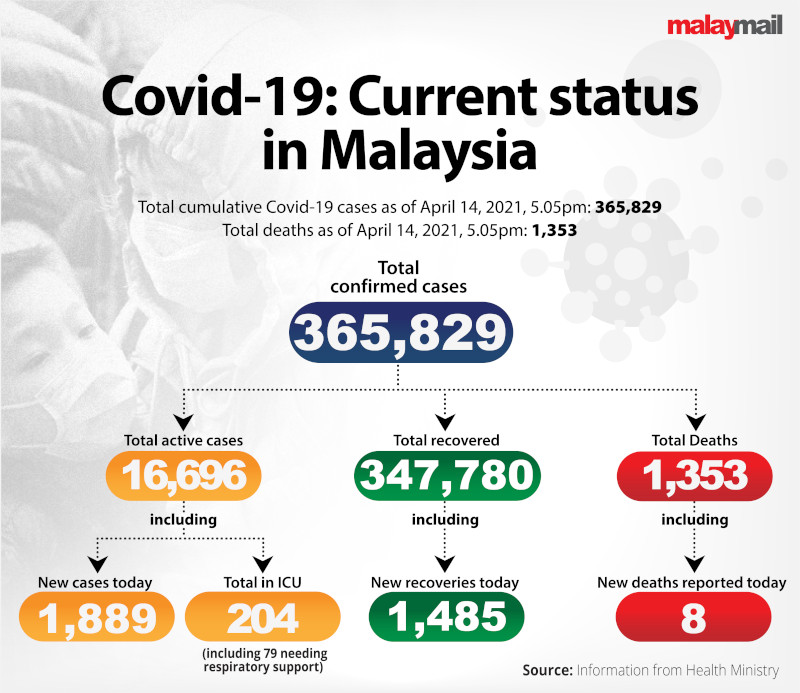