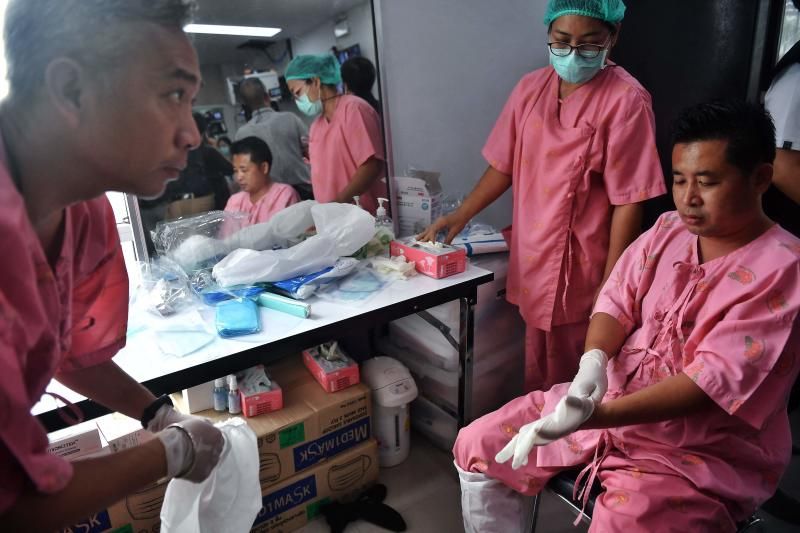 BANGKOK, April 10 (Bernama): Thailand is facing uphill battle against fresh wave of Covid-19 infections in the kingdom as the number of daily cases keep rising.

Over the last 24 hours, Thailand recorded 559 new Covid-19 cases and one fatality, bringing the total infections in the kingdom to 30,869 and 96 deaths, thus far.

“A total of 214 cases linked to entertainment outlets in various provinces,” she said at COVID-19 daily briefing today.

She said the single fatality involved a 60-year-old Thai man, a prison inmate in Narathiwat province.

The man had tuberculosis and succumbed to the virus on Thursday, she added.

“The issue that remains to be solved is to alleviate overcrowding at hospitals,” he said in a statement.

Prayut said the government will set up field hospitals in Bangkok to accommodate Covid-19 infected patients.

Despite the increase of Covid-19 infected patients, he said the situation remains under control and all patients could be traced.

“The government has made a preparation to cope with such situation, and will ensure fair distribution of vaccines, as well as to put utmost effort to care for and uplift people’s morale,” he said.

Meanwhile, CCSA spokesman Thaweesilp Wissanuyothin said all entertainment outlets including pubs, bars, karaoke bars and massage parlours in Bangkok and 40 provinces will be closed for at least 14 days from tomorrow.

He said provincial governors and communicable disease committee at 36 other provinces could decide whether to remain open or close these venues.

“They are also urged to cancel or refrain from attending any Songkran activity which may pose risk, and hold water-pouring ceremony within the family instead,” he said. – Bernama