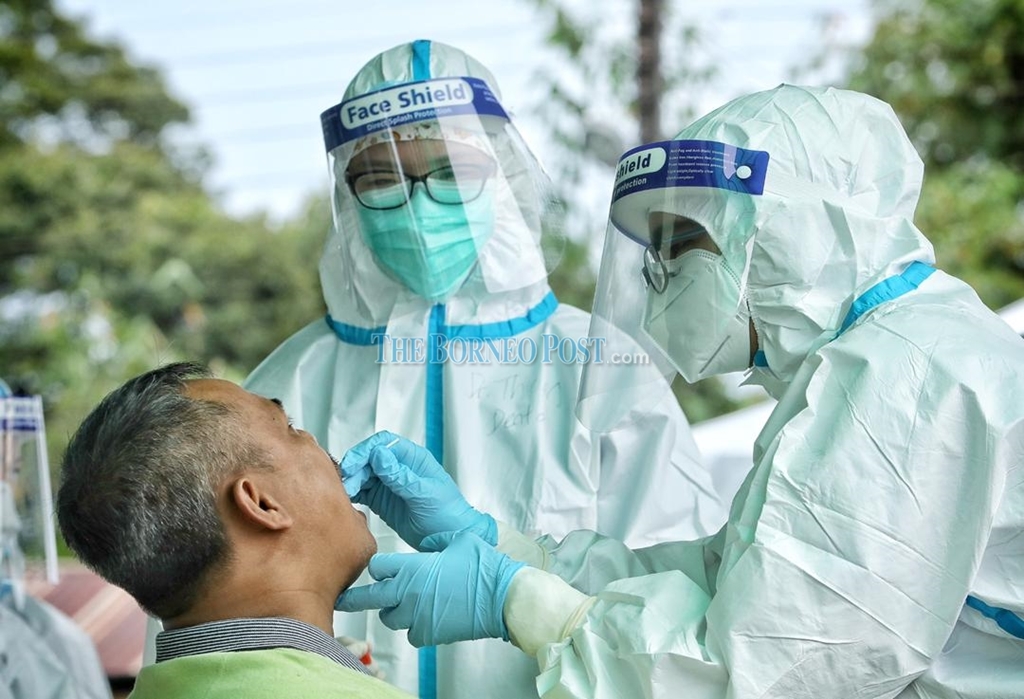 It said the latest fatalities were recorded in Sibu, bringing the state’s Covid-19 death toll now to 116.

“The total number of positive cases in the state now stands at 18,496,” it said in a statement.

On the fatalities, the committee said the 115th death case involved a 61-year-old Sarawakian man who was admitted to Sibu Hospital after suffering from chest pains.

“An rt-PCR test was taken on March 29 after the case had trouble breathing and his test result subsequently confirmed him as Covid-19 positive on the same day.

“His condition deteriorated and he passed away on April 5,” SDMC said, adding that the victim had a history of comorbidities namely hypertension, diabetes, heart disease, and chronic kidney disease.

The 116th fatality, it said, involved an 86-year-old Sarawakian woman who was admitted to Sibu Hospital after experiencing a fever.

“The victim’s rt-PCR test was taken and she was confirmed positive on April 3. Her condition deteriorated and she died on April 6.

“She also had a history of comorbidities namely chronic obstructive pulmonary disease (COPD), hypertension, diabetes, and kidney failure,” it said.

On the new cases reported today, SDMC said only 47 individuals out of the 332 new cases had shown signs and symptoms of Covid-19 infection when screenings were conducted.

“There were also 279 cases of individuals who were instructed to be quarantined at quarantine centres,” it said.

The committee also gave a breakdown of the cases recorded in districts with Meradong’s new cases mainly traced from the newly-declared Sungai Kawi Cluster (119) and one each from screening of contacts to positive cases and screening of symptomatic individuals.

“The district also recorded three cases which have been linked to the Jalan Bangunan Kerajaan Cluster, two from other screenings, as well as three Import B and one Import A cases,” added the committee.

It said Sibu’s cases consisted of 11 which were detected from screenings of contacts to positive cases, 10 from other screenings, and one from screening of symptomatic individuals.

“In Serian, two cases have been linked to the Batu Gong Cluster, while one each were detected from screenings of contacts to positive cases and screening of symptomatic individuals,” said SDMC.

“Sri Aman has three cases linked to active clusters namely the Taman Vistagro Cluster (2) and Tembok Sri Aman Cluster (1) and one was traced from screenings of contacts to positive cases,” SDMC said adding that cases in Asajaya and Betong were all linked to the Kampung Binyu Cluster and Jalan Muhibbah Cluster respectively.

“In Tebedu and Belaga, both districts’ sole case were traced from other screenings,” said the committee.

“The total number of recoveries in the state have now increased to 15,087 or 81.57 per cent out of the overall cases,” it said.