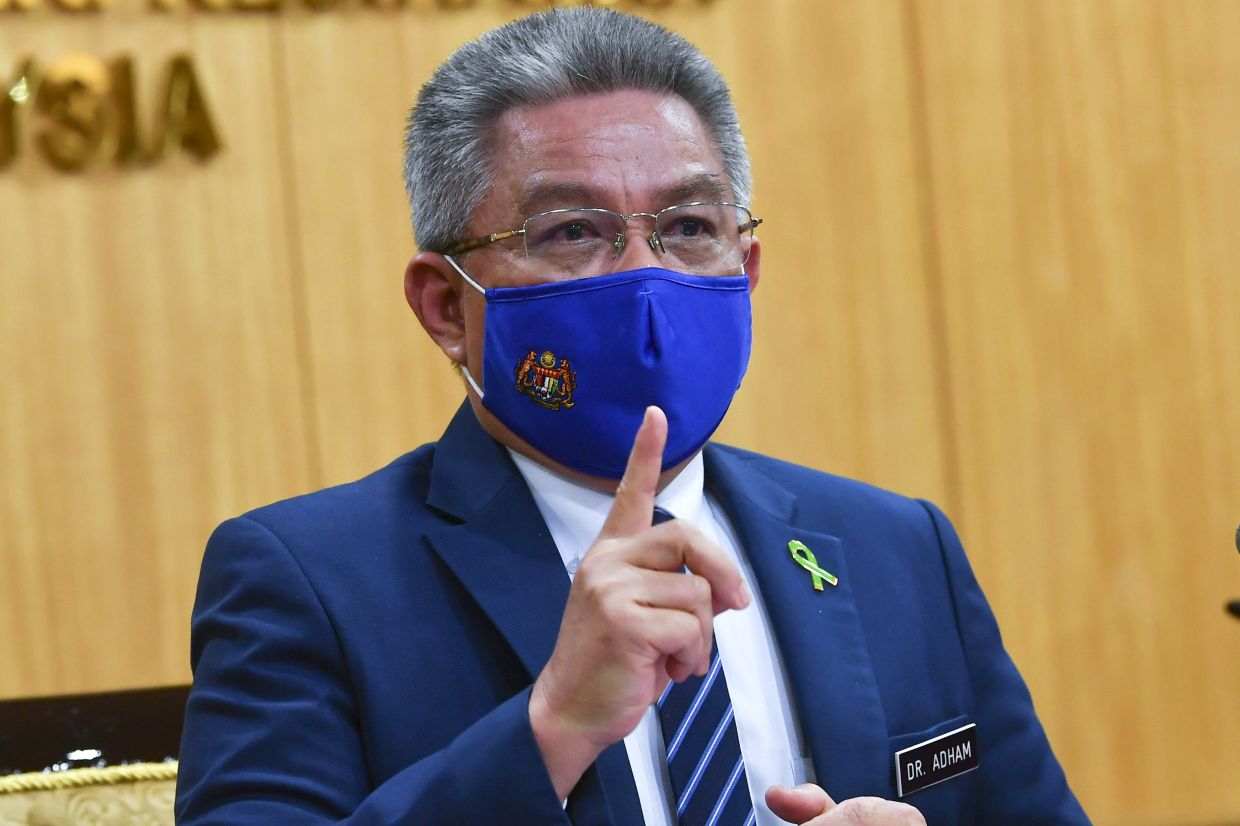 KUALA LUMPUR (Bernama): A total of 328,254 people in the first phase of the National Covid-19 Immunisation Programme have received both doses of their vaccine shots as of Tuesday (April 6).

Health Minister Datuk Seri Dr Adham Baba (pic) said 534,191 individuals were given the first dose during the same period, bringing the total number of doses administered so far to 862,445.

According to the immunisation programme, the implementation period of the first phase of vaccination is from February to April, involving 500,000 frontliners, including health workers.

The programme will continue for the second phase which is expected from April to August this year involving 9.4 million senior citizens, aged 60 and above, as well as the vulnerable groups with morbidity problems, in addition to persons with disabilities.

The third phase scheduled from May to February 2022 is for individuals aged 18 and above, targeting about 14 million people. – Bernama