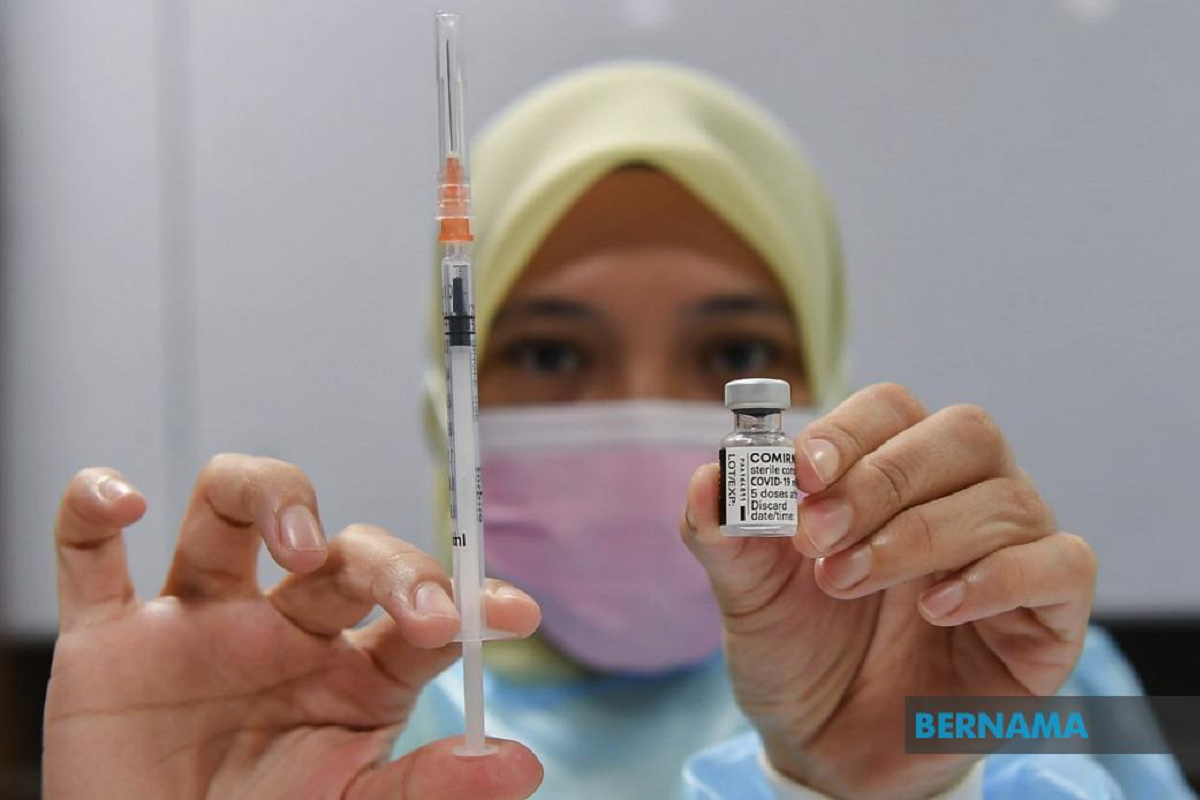 Phase 2 will kick off with Kedah, Melaka, Penang, Pahang, Sabah, Sarawak, Terengganu and the Federal Territory of Labuan, to be followed a few days later by other states according to the readiness of the vaccination centres and staff, he said.

Khairy said potential vaccine recipients will be notified of their appointment dates through the MySejahtera application from today.

“Notifications will be sent out at least 14 days before the appointment date for receiving the vaccine, with reminders to be sent three days and one day in advance via the short messaging service (SMS) and call centres,” he told a joint press conference with Health Minister Datuk Seri Dr Adham Baba on the immunisation programme here today.

He said attendance is compulsory for those who had registered and pressed the button for confirmation to receive the vaccine as thorough preparations will be made by the vaccination centres and the allocated vaccines should not go to waste.

Khairy said several proposals will be tabled in a meeting of the Special Committee on Vaccine Supply Access Guarantee (JKJAV) with the Ministry of Human Resources (MoHR) tomorrow, including asking employers to allow workers to go for their vaccination appointment.

“Employers cannot prevent their workers from going for the vaccination session. We will propose or compel employers to grant leave to these workers to get vaccinated. The decision on this will be announced later,” he said.

Khairy said a proposal will also be made to the National Security Council (MKN) to allow interstate travel for people wishing to help dependants in the kampung who are too weak to go to vaccination centres on their own.

“A directive has been issued for these people to be given priority in getting the vaccine in April for us to complete Phase 1,” he added.

Khairy said that 7,906,913 individuals or 32.6% of the country’s population had registered via MySejahtera, while 514,036 individuals had received at least one dose of the vaccine under the immunisation programme.

Putrajaya recorded the highest sign-up rate at 89%, followed by Selangor at 45% and the FT of Kuala Lumpur (44%), said Khairy, who is also the science, technology and innovation minister.

Sabah had the lowest registration rate at 12%, followed by Kelantan (20%), Pahang and Terengganu (26% each) and Kedah (27%), and focus would be put on these five states to boost their registration rates, he said.